I’d like to blame my sluggishness in writing this post on being so swamped with holiday work, but that’s only part of the truth. I dragged my feet in sharing this story because it’s one that packs a serious gut punch to my mom-heart. It’s a true story, a sweet story, a simple story. It’s a story with a powerful lesson I’ll never forget. It’s the story of how my son won the Turkey Trot. 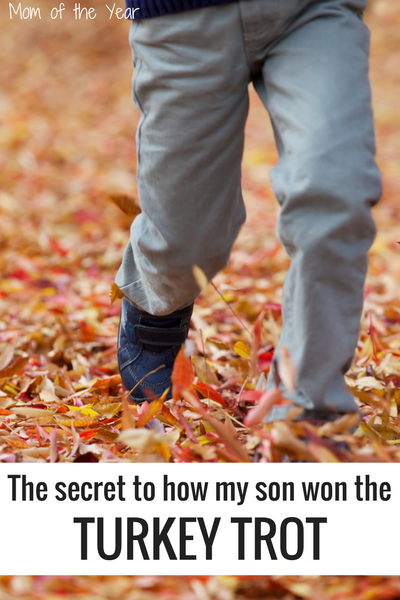 Every year our children’s elementary school does a Turkey Trot the week of Thanksgiving. I always said we’d participate if my kids asked to do it. This year, they asked.

As somewhere along the way I had gotten the notion that parents had to run with their children, my head was filled with notions of super-fit moms speedily trekking along the trail in a perfect parade of Lululemon while I huffed, puffed, and collapsed somewhere within twenty feet of the race start. I don’t run.

Naturally, I panicked in no small measure, called my husband, told him he’d have to leave work three hours early to come run with his children, made him agree, and continued panicking for days about braving the Lululemon squad. As it turns out with most of my ferocious panics, my hysteria was completely unfounded; parents are not required to run with kids and my husband was granted a reprieve.

So off I set solo with the kiddos. They in their track pants and I girded with the hesitant trepidation that rolls in whenever I have “an exciting opportunity” to tackle yet another new situation in this parenting gig. But hey, we were going to do this!

The day was by far the coldest we’d had this fall, the winds whipping at a serious clip. We made our way through the sea of bundled up parents, children and general chaos to sort my daughter for the Kindergarten race. She finished towards the back of the pack, but didn’t care or notice her placement; she was only horridly put out by the cold wind and asking to go home. I was proud that she did it at all.

Now would be a good time to note that our family is not particularly athletic. My husband played tennis in school, I had a brief flirtation with the swim team. He runs with the dog every morning and I exercise with my gal Jillian Michaels in our basement so I can make a pass at still fitting in my jeans. Our son spent the majority of his five year old soccer career focused on counting the clouds in the sky vs. focused on making a goal, and our daughter’s experience on the field wasn’t much different. They play in the yard, love the playground and ride their bikes and scooters when the weather is warmer, but discovering either of them to be future star on the rugby team would indeed be a surprise for all of us. 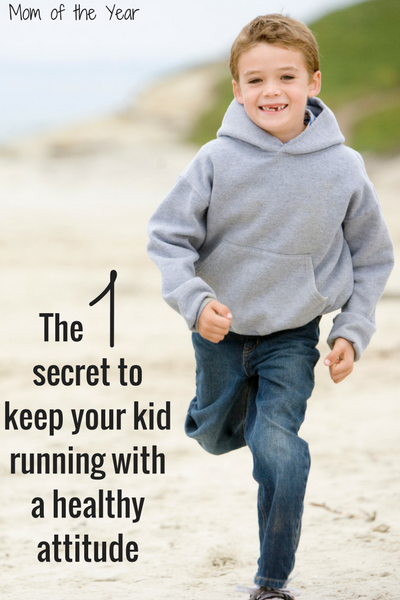 The second grade race was called, and my son’s turn was up. As part of his IEP, he gets physical therapy (residual issues from his nasty femur break and time hanging out in a hip spica cast at age 2) and participates in an adaptive physical education class, but we had seen much growth in the past year and lots of running hard with the other boys at recess, so I thought he would be slower than the others, but wasn’t sure how slow.

He was slow, so, so slow. I’m talking half a field length. From the start.

As the distance grew to over a full football field length, my momma’s heart was flipping over–in embarrassment for him, and me too, if I am being honest. What would the other parents think? Would the kids make fun of him? The race wasn’t even a quarter of the way over and he was continuing to fall further and behind.

I grabbed my daughter and jogged to intercede him on the trail, “Buddy, you can stop if you want to.”

Without stopping, he looked up, “Why mom? I’m supposed to finish,” he paused, “I want to finish.” My heart shattered into a million little pieces–of love, of pride, of pain, of beauty, of fear.

And my beautiful boy kept running. And he could no longer even see the other kids in front of him, he fell so far behind. And he kept running.

I called my husband, trying to rein in the sobs threatening to burst, pleading for comfort, “Jared…”

I said, “The other kids, the parents…”

But I care. I care because I think some piece of all of us, whether in great or small measure, whether in a past or present time, knows what it’s like to be on the outside looking in. To be the different one. To be the one who lags behind out while everyone else moves on.

As much I’d have loved to not care what anyone else was thinking, as I watched my child creep along, delaying the start of all the other grades’ races to the annoyance of all the bone-chilled crowd, it hurt. It hurt an eviscerating hurt.

As he rounded the last bend, the sight we saw broke whatever was left of my shattered heart. You see, a few of the older grade boys had hopped in the race with my son. Together, they ran alongside of him, cheering him to the end with their encouragement, as he laughed and smiled with them. 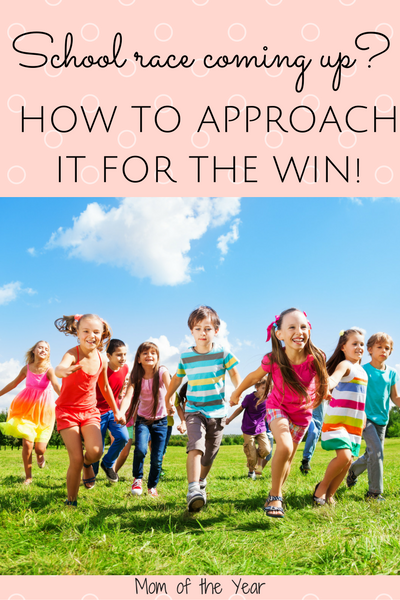 As my little dude crossed the line, we all cheered in elation–he had finished! Wa-hoo! As I scooped my son into a proud hug and celebrated with him, relief flooded in with the joy. The Turkey Trot was done and we had survived! Time to safely stash this dramatic emotional roller coaster ride in the vault of experiences once tried with no need to ever repeat. Except…

The first words out of my son’s mouth? “Mom, I can’t wait to do this again next year!”

“Yeah, Mom,” he grabbed my hand as we walked towards the van, “Because you know it’s not about winning the race. It’s about finishing it.”

And that is how my son won the Turkey Trot.

The thing is, it’s likely this life will teach my innocent little guy some harsh social lessons soon enough, but for that day, the day of the Turkey Trot, he won by honoring another, purer lesson: you finish the race.

He chose to not care about the other people watching and not listen to his ridiculous nervous hover mother encouraging him to bail on the race. He chose to accept the help offered him along the way. He chose to laugh, have fun and enjoy the journey. He chose to ignore the bad and celebrate the good. And above all, he chose to finish the race.