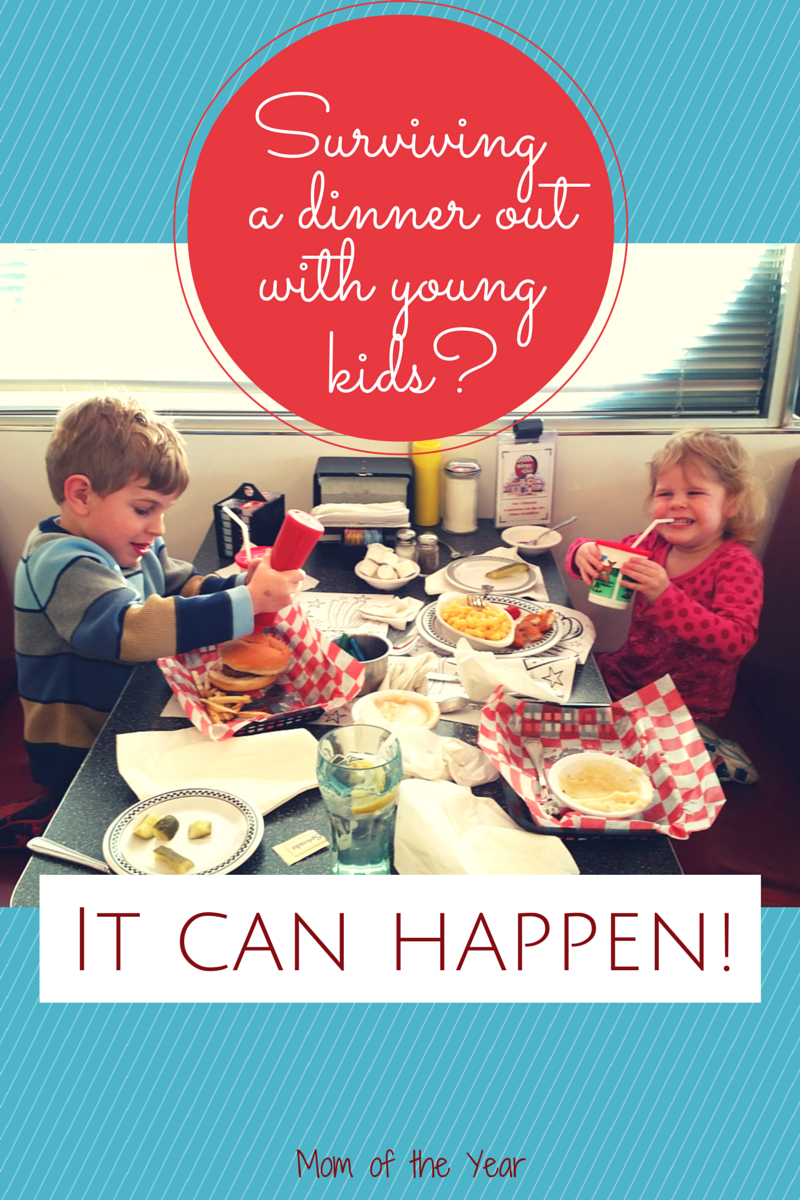 Last Wednesday night should have been an average weekday night in February.  You know, the kind of night where you feel like a rockstar for schooling Kindergarten homework and braving the 19 degree windchill for a venture out to the mailbox.

Nothing notable was planned or expected. My husband was working late. My only hope was to land the kids and me in bed by 8:30pm without totally losing my crap. Except the night ended up being a bit different. It ended up being a night I grew up a little.

You see, I had never taken my children out for dinner by myself. After a traumatic early experience taking our colicky baby boy to a restaurant, my husband and I were scarred. I could probably count the number of times we’ve eaten out with them together, and I’ve certainly never chanced it solo.

But I had heard rumors, reports of fun restaurant experiences from my far-more-normal-than-me friends. And for some reason, I just wasn’t into the vision of slugging out another night of chicken nuggets around our kitchen table. So when the spark of inspiration to pop in on a local diner hit, I didn’t quash it. Perhaps delusion from the endless house-arrest of winter chill and illnesses had finally set in??

In any case, I allowed the teensy “I can do this” thought to take root and grow strength. I even told a friend about my plans for accountability’s sake. And when dinner time rolled around, I did it–I threw the kids in the van and we went to a diner.

And it was so, so fun. Really. Now, don’t get me wrong–there were many panicked screams to not squeeze ketchup all over the table, a flurry of reminders to use our “pleases and thank-yous”, and an intense family trip to the bathroom I’d love to forget, but…it went well. The waitress was super-cute, the kids had so much fun ordering their own food, and they thought the ice cream treats at the end for meals well-eaten were the coolest thing since sliced bread.

I was floored. We had not only survived a trip to a public eating establishment, it ended up being kind of, very, cool. My daughter said, “This was the best night ever, Mommy!”, and my son is already asking to go back for his birthday–in June.

Fed by the confidence of an outing-gone-well, another crazy idea took shape. Maybe, just maybe, I could tackle the mess of my daughter’s hair too? Three and a half years old without ever having her hair cut, a trip to a hairdresser had been past-due for ages. But my mother’s heart ached at the though of chopping off her sweet curls, however horridly uneven they were. So I put it off…and off, and then off some more. 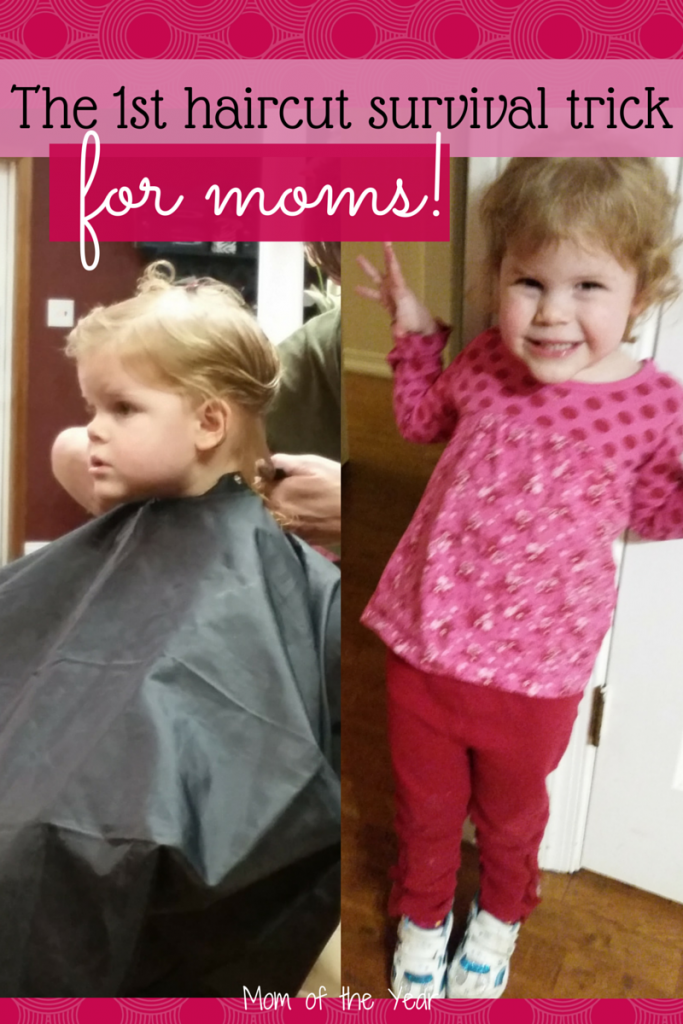 So I did. Asking my new waitress friend for a recommendation, I slickly drove us over to a salon and asked if they accepted walk-ins. They did.

We ended up waiting forever. There were no toys. I was terrified. I thought surely my kids would get whiny and fussy and we would all burst out into outrageous tears in some point? In an effort to distract and amuse them, I desperately began making up games and tried to turn leafing through the hair style books into a fun adventure. They got cagey and ragey anyway.

But you know what? We survived. And then they called my daughter’s name. And the hairdresser was amazing. She was kind and patient and did not act like I was the worst mother of all time for allowing my daughter’s hair to become such a nightmare.

The real kicker? My daughter sat still and behaved herself. I know, I’m still not sure this night was totally real.

Yet real or not, I was on a roll. I got us home and patiently delighted with the kids as we looked through their class Valentines. I calmly did night-night snacks, bathed them, read to them and didn’t lose my crap even once.

It was miraculous. It was empowering. For one night, I truly was Mom of the Year.

In one single night, I had grown up as a parent in spades. I had done things that scared me, and I not only managed them, I enjoyed them. It was okay. We had been okay. I could do them again.

The secret trick for me? The same that has proven true for me time and again with so many scary things in this life–simply do it. My fear wasn’t going anywhere; I just had to pack it up and take it along as I forced myself to take the leap. I had to refuse to let it be the biggest thing in the room–especially if I wanted to make space for ice cream sundaes and cute new hairdos.

This growing up business is pretty crazy stuff. I’m not counting on a repeat any time soon, but last week I made some big strides.

Also, perhaps most importantly, I kept my original 8:30 bed goal, sliding under the covers at 8:29. God knows what would have happened if Mommy was forced to stay up past her bedtime…