Thanks to Target, what’s hotter right now on a parents’ radar than buzz about girls vs. boys vs. gender-neutral toys? Discount the promise of soon being able to sneak out for a Pumpkin Spice Latte at Starbucks after dropping the kids at school, and there’s not much.

While I’m generally too caught up in my self-imposed Back to School panic to focus on much of anything beyond securing the proper pencils and markers for my 1st grader, a recent surprise delight has stolen my heart.

You see, I’ve spent these last few weeks of summer watching my daughter develop a passionate love affair. For the The Black Widow from the Avengers. And I couldn’t be more thrilled.

And watching her has got me thinking (quite a bit, actually) about what I believe to be true about my kids’ toys:

1) I’m probably going to always love Target. Regardless of whatever ill-executed marketing efforts they next roll out. The Pavlovian response of swooning over potential cheap cute finds every time I lay hands on a red cart can’t be denied. And the dollar aisle. The dollar aisle. Yup, Target‘s a win in my book.

2) Gender distinction isn’t a Target-specific concern. It’s a societal issue that reaches far beyond the Bulls-eye.

3) I myself undoubtedly contribute to the formation of gender identity. I am sure I unwittingly spoke in a different tone of voice to my son versus to that of to my daughter since birth, as I long ago learned in my psychology courses that parents so often instinctively do.

4) I am not positive that gender distinction is erroneous. I am not claiming to be right or wrong on this, but I enjoy embracing my gender. For example, I have always liked being a girl and doing girl things. Stereotypically, I’ve never enjoyed playing in dirt or blasting enemies in video games. I do, however, like painting my nails and watching Hallmark movies.

5) Our house is filled with “girl” toys and “boy” toys. Both my children happily play with both, often. When my son asks to play house, there are no gasps of shock. There are, however, a lot of “Praise God. Yes, please, go play with your sister and don’t set foot in my kitchen again” utterances.

6) Regardless of this, be it caused through nature or nurture, my son generally prefers to build battleships with his Legos while my daughter delights in bathing and dressing her princess dolls. Again, I not claiming this is right or wrong, just that it’s true.

7) This said, I don’t disagree with Target’s choice to create one ginormous androgynous toy section. I actually don’t care. My kids know what toys they want and will manage to find it and drain my wallet whatever shelf it’s stashed on.

8) Still, understanding all of the above, when my daughter – a previously sold-out, entirely dedicated My Little Pony-fan – asked me to turn on the TV so she could watch Avengers, I plotzed in joy. You see, she specifically wanted to watch “The Black Widow episode” because she “loves her”.

9) I love Black Widow too. When my daughter now asks nightly to read the Black Widow book from her brother’s early reader Avengers set, there is no arm-twisting involved. When we get to the page where the text literally reads, “Black Widow kicks butt”, my heart skips a beat. I have shared about how tough my daughter can be, and knowing that she has a boss role model to admire is a blessing to this mom’s heart. The way I see it, there will never be a shortage of princesses and flying ponies. If we can give our daughters something a tad more butt-kicking to swoon over, it’s a win.

10) When we go to the most fantastically fun Avengers party ever and my daughter asks the host for a Black Widow mask, which woefully isn’t included in the manufacturer’s selection of hero masks in the party pack, I am so, so proud. I am proud of her for expecting nothing less that her powerful gal belongs right there with all the rest of the heroes. 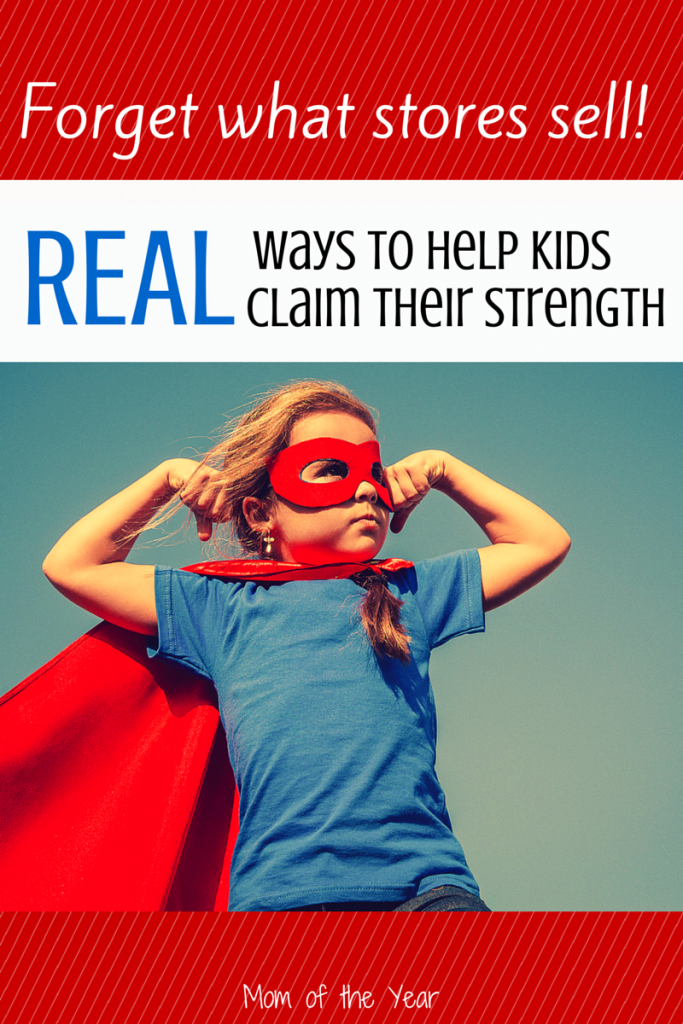 Praise God my daughter recognizes an uber-boss female as her hero. Praise God that she values strength, savvy and wicked red hair that refuses to be defied. I feel grateful, I feel thankful. I feel very, “who the heck cares what Target or any other retailer is doing, my daughter knows what the real female game is on this earth and it’s a powerful thing.”

I don’t think it’s up to a store to define our kids’ strength and power and self-identity. I don’t think it’s dependent upon the placement of toys on certain shelves or which heroes are featured at birthday parties. I think it’s up to us parents to love on our kids, accept them, and give them enough balance to make healthy choices in all situations. And it’s up to us to celebrate when they make really good decisions, like falling in love with the butt-kicking Black Widow.

We’ve got an incredible position, parents; let’s use it.