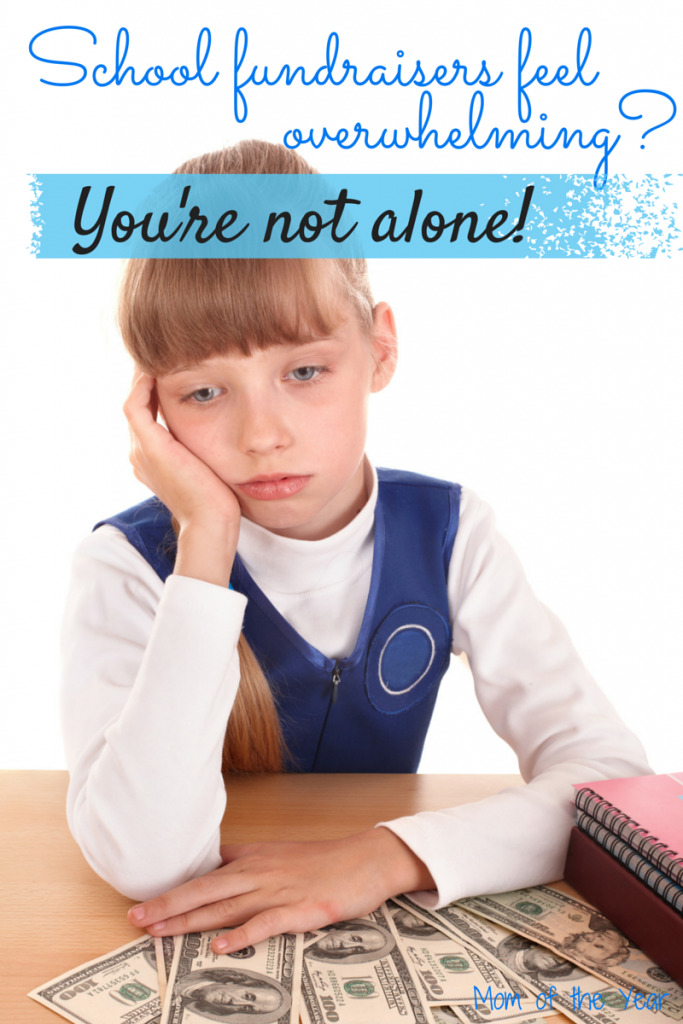 Silly Mommy thought she had met her match in the fall through the school picture order form.

Isn’t the naivete of a first-time Kindergarten mom precious? As it turns out, there was a far greater evil in store, lurking for me in these bleak winter months, a powerful force popularly known as The School Fundraiser.

This year’s fundraiser for my son’s school is The American Heart Association’s “It Takes a Heart to be a Hero” campaign. To be abundantly clear: I would love to help The AHA. I love our school and I am sure they will use this as an opportunity for my child to “learn, exercise, have fun, and feel good about helping others”, as described, and I appreciate this.  I know first-hand the seriousness of heart disease and would love for my son to play a role in helping to raise money for the cause while learning more about heart health.

The only problem is that his mother is too stupid to figure out how he can do it. The problem is all me.

I got the form in his backpack and looked at it. The words started to blur over a whole lot of fine print and many, many pictures of various small rubber ducks. Apparently the ducks were related to an incentive structure of sorts for raising money, but after 5 minutes of careful study, I remained horrendously confused.

The school then sent home an explanatory e-mail regarding what actions the parents were to take to facilitate said fundraising efforts. I became more baffled. I poured myself a soothing cup of oolong tea in hopes that it would lend perspective. It did not.

I told my husband I was overwhelmed by this fundraiser.

He rolled his eyes and left the room. OH TO BE A MAN.

I called my father and asked if he would sponsor our son, as that seemed a proper thing to do.

“Of course,” he said, “What are they doing to raise money?”

“What does the paper say?, he asked.

“I am finding that bit confusing. The website is www.heart.org/jump, so maybe they are jumping rope?”

“I don’t think your grandson knows how to jump rope.”

I called my sister to whine.

I heard her hushing her newborn baby in the background and felt obscenely jealous that she had no teeny plastic ducks to sort. Nevermind her stress of poopy blow-outs.

I then e-mailed my friend who had an older son in the same school.

My friend is incredibly kind, smart, and has been through this fundraiser before and lived to tell about it. Regardless, it still took several attempts and impassioned please (on my part) of “TELL ME WHAT TO DO.” before I had even a small notion of how to proceed. 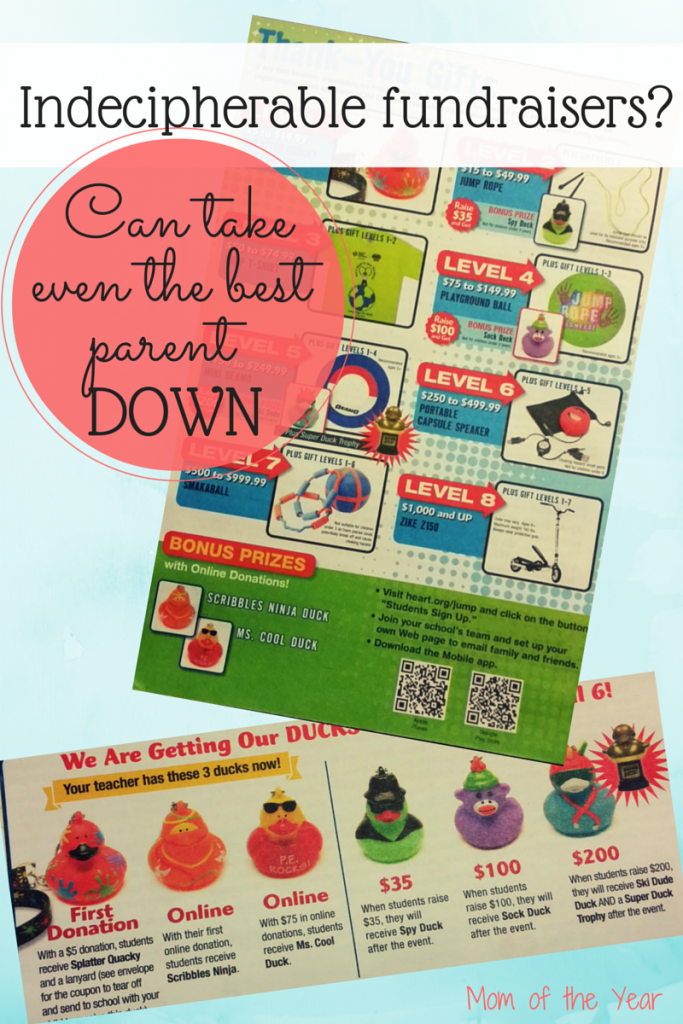 Yet the quandary of the incentive ducks persisted. How much was he to earn for “Splatter Quacky”? What about the bonus “Scribbles Ninja” for online orders? And what was this about a landyard/jump rope?

While the overarching goal obviously remains to remain money for the AHA, I’ll admit to comparison anxiety. Would lack of adequate fundraising lead to my son being the only one sitting lamely in the audience while all the other children paraded on stage gleefully waving their “Super Duck Trophies”? What was a “Super Duck Trophy”?

One thing remained certain: I was failing as a parent and being taken down by plastic ducks. They were winning.

I wish this story had a happy ending. That I could tell you how my son was not permanently damaged for life by his mother’s incapacity to handle Kindergarten fundraising.

I cannot tell you this; the jury’s still out.

However, I can report that I am making significant progress on learning exactly what they will be doing during this fundraiser week. A few hundred more e-mails to go, and I should have this thing all sorted. Easy-peasy.

Also, I have a strong suspicion there will be unidentifiable plastic ducks in our future.