***Thank you to Hyundai Hope on Wheels for sponsoring this post so I could fill you in on the fantastic work they are doing to offer hope for pediatric cancer. All opinions are 100% my own.**** 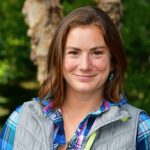 Please join me in welcoming Nicole as she shares her incredible experience participating in the Hyundai Hope on Wheels Celebration of Life Dinner in Philadelphia in support of offering hope for pediatric cancer research and awareness. Nicole is a stay-at-home mom to two boys, ages 5 and 7. She grew up in New York, and now calls Pennsylvania her home. Nicole enjoys practicing yoga and spending time outdoors with her family hiking, biking, and kayaking.

I had the honor of attending the Hyundai Hope on Wheels Celebration of Life Dinner in Philadelphia this week on behalf of the Mom of the Year blog. This was a beautiful, inspiring, emotional, and fun event to honor the Philadelphia area children battling cancer and recognize the doctors and researchers of The Children’s Hospital of Philadelphia (CHOP). 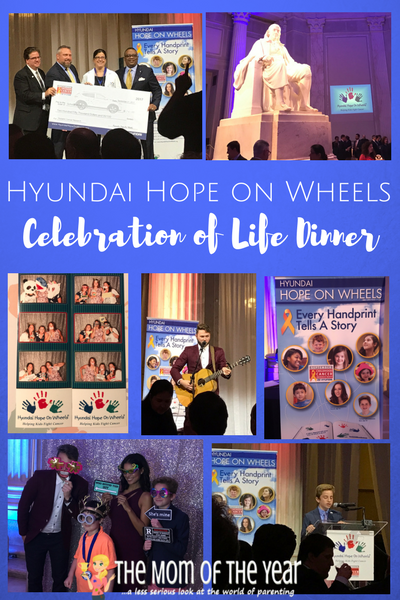 Held at the Franklin Institute in Philadelphia, we enjoyed a silly photo booth and science experiments with the Franklin Institute staff during the cocktail reception. A delicious dinner was served while the host, actress Jennifer Freeman, led us through the evening’s awards and speeches. Luke Wade then serenaded the audience with a few beautiful songs. However, in my opinion, the real superstars of the evening were Ryan Darby, a 14-year old cancer survivor who shared his amazing story, as well as the pediatric oncology doctors and researchers at CHOP, who are working diligently on advancements in pediatric cancer research.

Pediatric cancer affects all of us

When I was asked to cover this event, I jumped at the opportunity. As a stay at home mom in the suburbs it’s not often (ever!) that I enjoy a night out in Philadelphia. Once I read about the cause the event was supporting, I got even more excited about attending since pediatric cancer research is a cause near and dear to my heart. I still vividly remember the day we found out my seven year old cousin had a malignant brain tumor. Thankfully after several rounds of chemotherapy and radiation he went into remission and is still cancer-free at age 32.  Unfortunately the treatments left lasting damage on his body and his hearing has drastically deteriorated over the years.

Pediatric cancer also touched my life a little over five years ago when a dear friend lost her daughter to neuroblastoma just months before her third birthday. Watching this disease transform this little girl from a healthy, happy, precocious 18-month old to a frail and sick girl who spent most of her life in and out of the hospital re-emphasized how quickly lives can change from this invasive disease.

Now as I follow a friend from high school as he posts updates on Facebook about his young daughter’s fight against cancer, I know more must be done to stop this awful disease from affecting more families, and I’m thrilled to support Hyundai and its nonprofit organization, Hyundai Hope on Wheels. Every time a Hyundai is purchased, Hyundai and its U.S. dealers make a donation to Hyundai Hope on Wheels. In
September alone, Hyundai Hope on Wheels (HHOW) will award $8.5 million to hospitals across the country for their research initiatives, including over $400,000 to The Children’s Hospital of Philadelphia. Since 1989, HHOW has been committed to finding a cure for childhood cancer and has awarded over $130 million in lifetime funding to pediatric cancer research in the U.S.

HHOW is working hard to raise awareness about pediatric cancer so life-saving research and new treatment therapies will become a reality and save lives. Currently less than 4% of federal research funding for cancer is designated for pediatric cancer, yet childhood cancer is the leading cause of death in children under the age of fifteen in the United States. 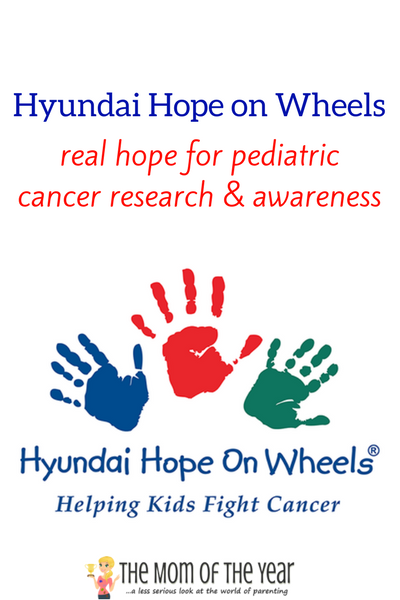 At the Celebration of Life Dinner, the Hyundai Hope on Wheels representatives emphasized that awareness brings support, which enables research, which will ultimately lead to a cure. Even in this divided world, I know that a cure for cancer, especially pediatric cancer, is something we can all agree is needed. Thank you to Hyundai Hope on Wheels for making pediatric cancer research a priority! 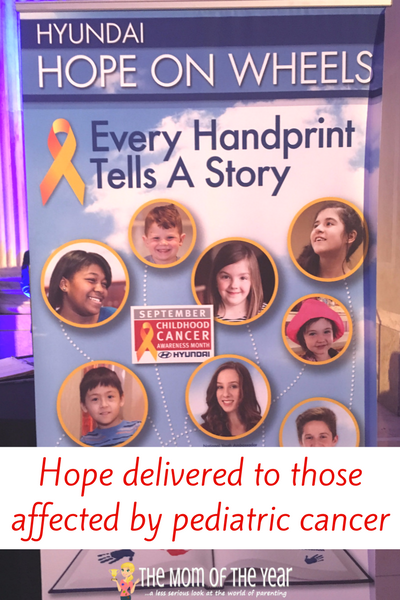 Be on the lookout for some new (tear-jerking!) commercials from Hyundai about this cause. Remember awareness can ultimately = a cure! #endchildhoodcancer

***Disclaimer:  I was invited to the Celebration of Life Dinner as a paid member of the media.  All opinions are my own.***