I saw a mom in the grocery store last week. There wasn’t much notable about her in specific detail; she was rocking the mom warrior uniform of black leggings and a messy ponytail-bun combo. No make-up or jewelry of course, but I give her mad bonus points for wearing chic little socks under her sneaks that didn’t peak out. I always forget to change out of the massive fussy socks I slept in and then later embarrass myself with this egregious fashion crime. 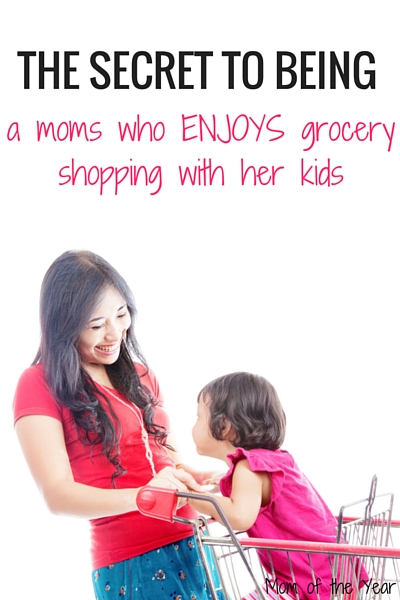 This mom had that tired look that had sunk into her whole being. You know the look: coffee would be but an inefficient band-aid. It was past-due time to move onto the intravenous caffeine drip if there was to be any hope of functioning.

She was notable not because she stood out, but because I’d remembered her from two distinct recent shopping trips. In our nook of suburbia, when you touch down on the same store every week at the same time you tend to trip over the same folks. For the sake of sanity, PLEASE avoid the elderly couple in the pantry aisles. It will take them twenty minutes to decide on a jam. They will block the entire aisle and they will repeat this process every week. Without fail. Just trust me on this one.

This mom in the grocery store first crossed my radar when her daughter, around the age of four (you know how I feel about this age), lost her crap. Completely. The cries were of the awful “But I wanted that!” and “Mommy, you hurt me!” combo that made you ache in humiliation for the mother. The child’s piercing siren wail shut down the entire store in the way that everyone was terrified to move, partially out of compassion for the mom, partially out of fear that the insane display of wrath would somehow become directed at them and partially out of a desire to punch the older woman who stomped by, tsking and shaking her head in judgement and disgust. How did the mom respond? I don’t rightly know how she silenced her daughter, but I do know one thing: I saw her checking out a bit later and I was silently fist-bumping her, “You got your groceries, mom!”

You see, there is such an intense strength in perseverance and survival, most especially when it comes to four year olds. 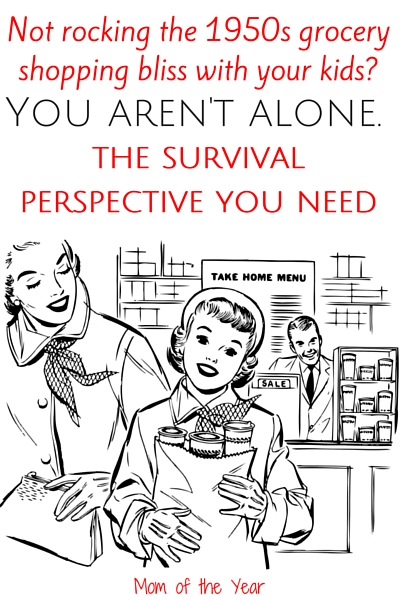 The next week I remember the mom in the grocery store because she and the very same young daughter were giggling and laughing. Any vestige of the prior week’s horrific tantrum appeared to have vanished as they meandered their way through the store with the daughter frequently reaching up to give her mom hugs. They paused at the lobster tank to say hello and chat with the lobsters, and I heard the daughter cheer as the mom blew goodbye kisses to their crustacean friends.

Only a mother can so seamlessly take the wildly vacillating energies of a child in stride while still wholly loving her.

That brings us to now, this past week when I saw the mom in the grocery store. She seemed very rushed this week, and I’d heard her pleading with her daughter in the dairy aisle, “Please! Please just settle down.” Our paths crossed again at check out when her stress level was palpable: her daughter was intent on helping this week. As the little one tossed items from the cart onto the counter, you could almost audibly hear the mother wincing over the eggs or the glass jar that would surely break, as much as she tried to direct and help her daughter with “gently” unloading the cart.

The store was short on staff, so as the mother was madly bagging her own groceries and ensuring the cashier had the proper coupons, beads of sweat began to form on her forehead while she hollered at her daughter to “Just stay still!” as she climbed on the cart and pulled endlessly at her mom’s arm.

The girl listened for a few seconds, taking a seat on a chair along the wall, until she leapt up, making a death-defying dart in between moving carts and busy shoppers trying to leave the store, “But Mommy I want to help you bag!” The excitable tossing of items resumed; the mother had now taken to exhaling long, slow breaths to calm herself.

Yet the daughter quickly tired of assisting her mom and made another wild dash across the store to her appointed chair…and then she returned to bagging, and so on and so on. Until all the groceries were properly stashed and paid for and it was time for the dynamic duo to take their exit.

As they were walking out of the store, the mother said in a very low voice, “The goal of the grocery store is not to attempt to kill yourself…or me. Can we could please work on this for next time?”

And the daughter said, “Mommy, I love you,” as she reached out for a big hug. And for that one split-second moment, the mom forgot her daughter’s mess, and just loved her back. 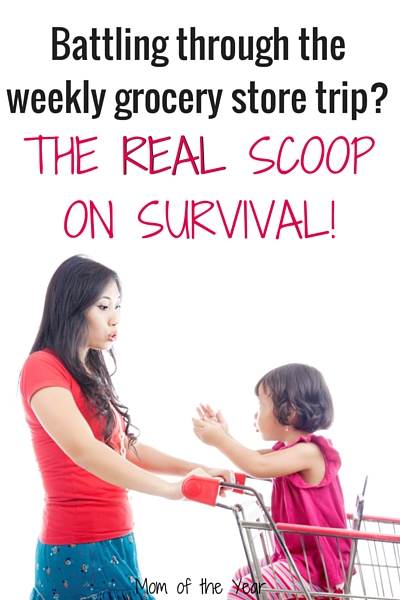 I know this because that the mom in the grocery store is me and the daughter is mine.

And I may not do big things with my time–no major corporate meetings, huge heroic gestures, organization of major charity events, or even my son’s messy closet for the matter–but I do go to the grocery store. With my daughter. Every week.

And whether it’s a lobsters or ear splitting tantruming or active suicide-by-grocery-cart-prevention sort of shopping trip, we will be back–next week.

Because I’m the mom in the grocery store and it’s my job to keep showing up.