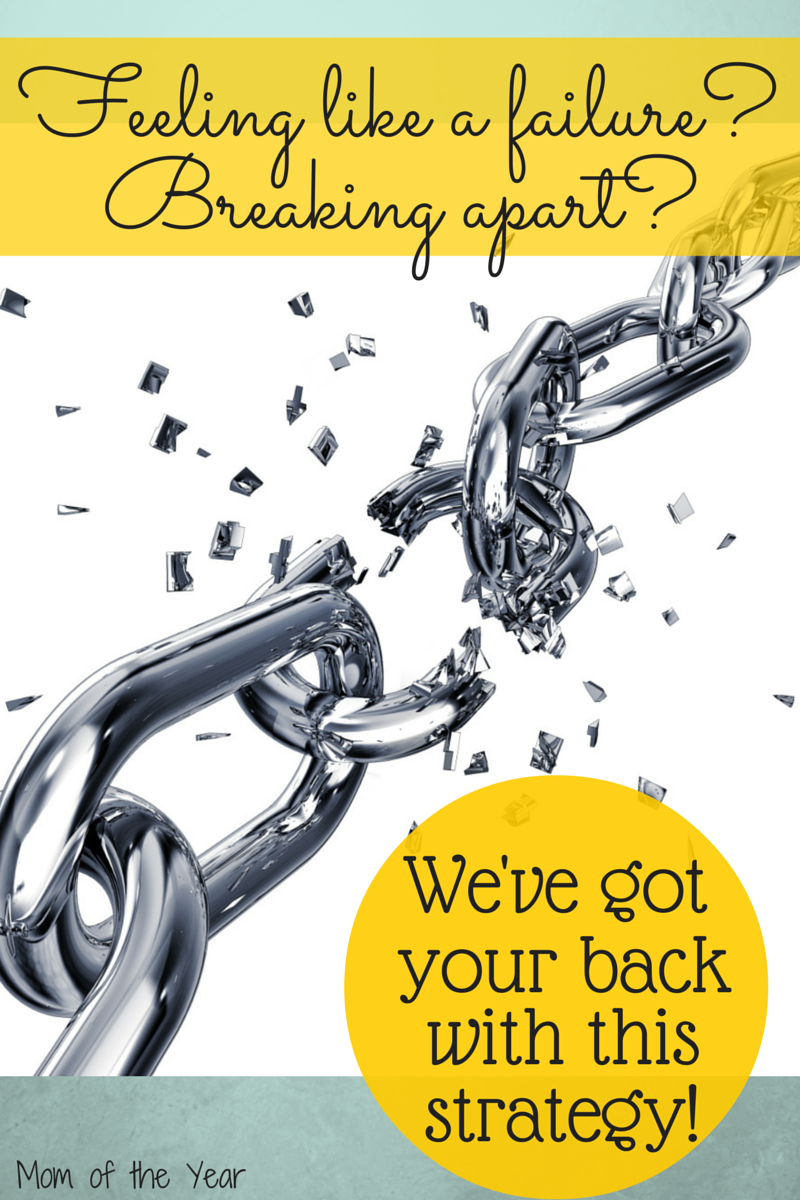 I spent most of last week convinced of my own total ineptitude. You know how it looks when everything someone touches turns to gold? Think the exact opposite of that and you’re hanging with me in my week.

On Monday, I got lost on my way to the public library, panicked, was terribly late to pick up my daughter, which let to her maintaining a sobby, “I’m unloved” face for the better part of the afternoon.

Upon my son’s return home from school on Tuesday, I eagerly asked him how his cape for Day 100 worked out (don’t ask), and he reported that the 100 handprints we had carefully stamped on and counted over the weekend had all peeled off. In pieces. Throughout the hallways all over the school. My heart winced as I tossed our hard-work (thoughtful contained in ziplock bag by the teacher) in the trash can.

On Wednesday, I forgot my daughter’s backpack AND it was show-n-share day. Anyone with 3 yr. old daughter understands the horrific magnitude of this negligence.

Thursday I continued my late streak, dropped my son off at school right as the bell was ringing, and hollered, “Run!” at him as he flew out the door vs. a more nuturing, “I love you.”

And Friday I got a polite e-mail from my daughter’s preschool suggesting I turn in her physical form. It was due in July. Of 2014.

The above is just a few highlights of the week’s failures. Throw in temper tantrums, sickness, bad behavior at the sitter’s, ill-pursued diet plans, dog messes, poor sleep, work stresses and a boatload of fights over signing the class Valentines, the only redeeming factor is that I appeared to have failed both my children in equal measures. A fair spread of the incompetence.

It was the kind of week that it was a wonder I managed to get my pants on before leaving the house every day. At least, I’m pretty sure this happened.

I wanted to quit. All the things. How this would work, I wasn’t exactly sure. I hadn’t worked out the specifics of renouncing my role as mother and wife and pursuing a different life course. But I knew it needed to happen.

I spend a lot of time trying to talk myself into focusing on the things I do right and not beat myself up for the ways I fail, and there is immense value in this. But it would have taken a miracle worker and a whole lot of vodka to put a spin on this beast of a week. 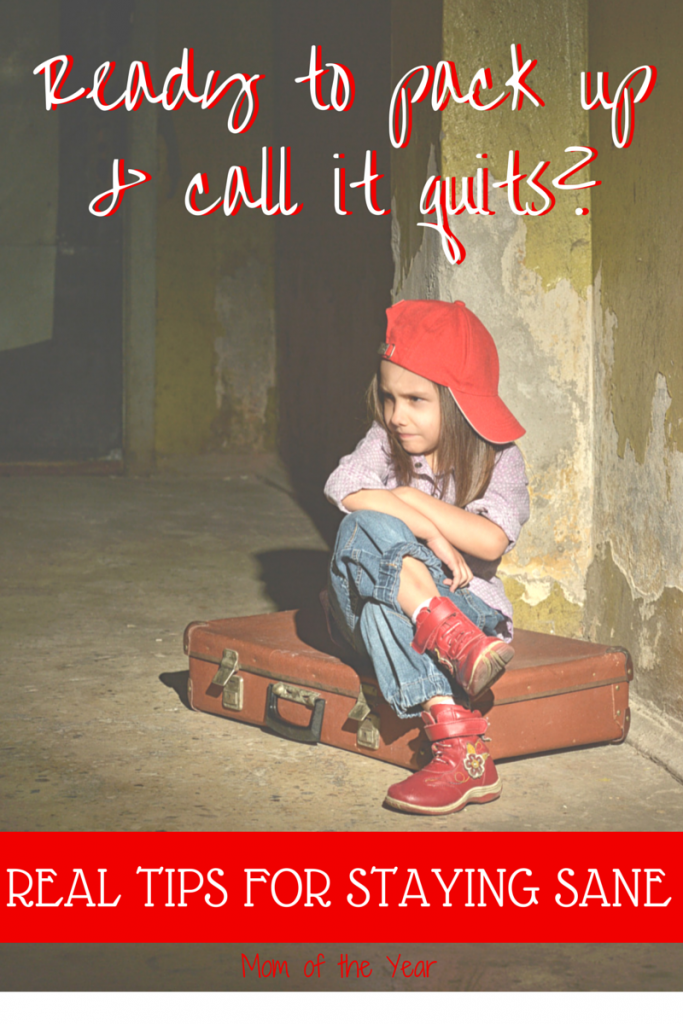 How was I supposed to handle this productively then? There are of course the solid-standby solutions:

Pray. First and desperately. That you can know that perfection is not required, or even desirable.

Call a friend or someone who thinks you are wonderful and listen to them tell you why you are not a loser.

Do something fun. With or without your kids. Something that reminds you that there are many, many reasons to relax, smile and feel good about yourself.

You can always go with less-productive coping strategies, such as sobbing to your husband about how your entire life is a complete wash. He will be thrilled with your stunning display of reason and I have heard vigorous sobbing burns calories?

Or you could decide to actually quit. Again, I’m not sure how this would actually play out. I anticipate some emphatic marching in a locked bathroom carrying a picket sign while refusing to fill juice cups–at least until your children’s desperate pleas crashed your mission.

One thing that will always help? Take comfort in knowing that you aren’t alone. Check in here. Or anywhere that makes you feel less crazy, more normal, and loved for being human–simply human. Nothing less and nothing more.

Because yes, there will be days, weeks, and even entire ages and stages that you will fail.  BUT WE ALL FAIL. YOU REALLY AREN’T ALONE. We’ll screw it up together. And then we can cheer each other on when we get it right–because someday, really, we are bound to get this right.