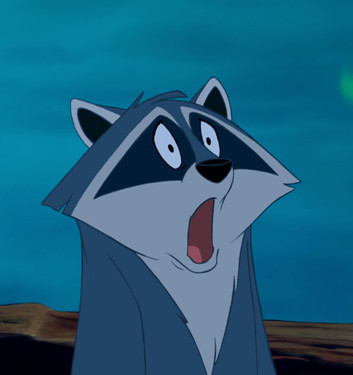 Source
Trust me, dude, I was going to be way more shocked than you.

This holiday week, I’m going to share a couple of my favorite posts from the past year.  When looking over what I’d published, I found a lot of sentiments about letting go and embracing where you’re at in this life, the continued presence of missing my mother, shout-outs to my perpetually growing obsession with reading, and one tribute to John Stamos.  While all these posts importantly speak to the past year’s happenings, amidst all the current holiday crazy and love, I now most feel the need to laugh.

So please join me, readers. Pour yourself a hot chocolate, snuggle up by the tree. ignoring the frenzy of rapidly dropping pine needles and treat yourself to a laugh with one of my favorite stories of this past year…

One night last week when my husband was gone, I was jolted from a deep sleep at 1:45am by the dog barking.  Except, my chocolate lab warrior wasn’t just barking, he was growling, with hackles raised and he was warning me.

Only minorly terrified and completely panicked, I reached for my phone beside the bed. But it wasn’t there.  In my exhausted finally-got-the-kids-in-bed stupor, I had forgotten to bring my phone upstairs.

I said I survived the week as a parent.  I didn’t say I did it smartly.

Now definitively without means to communicate and an increasingly disturbed pup, I gathered up all my non-existent courage and started cautiously down the stairs.  No shouts or muffled footsteps…this was going well. I pushed myself on, wildly flicking on every light within reach as I forced one step after another.  I made it to the kitchen. And there was…nothing but a bunch of scattered papers all over the floor?

I poked around for any other signs that something was off.  Nada.  No doors ajar, no broken windows, the checkbook still in place.  No scary monsters in the closet.  Utterly confused, but too tired to care, I left all the lights on, moved a chair in front of the basement door, made sure I had my phone in hand, and promptly passed out again.

Next morning, our internet was also wonky, so I called my tech-savvy brother-in-law first thing to check in on that.  Then I casually mentioned that something had been in our house last night. “I think it was an animal”, I ventured.

He immediately countered, “It was probably a raccoon.” Thanks, Jeremy.  So incredibly helpful because now I won’t be completely obsessing that there is a rabid racoon loose in my house waiting to devour my children. 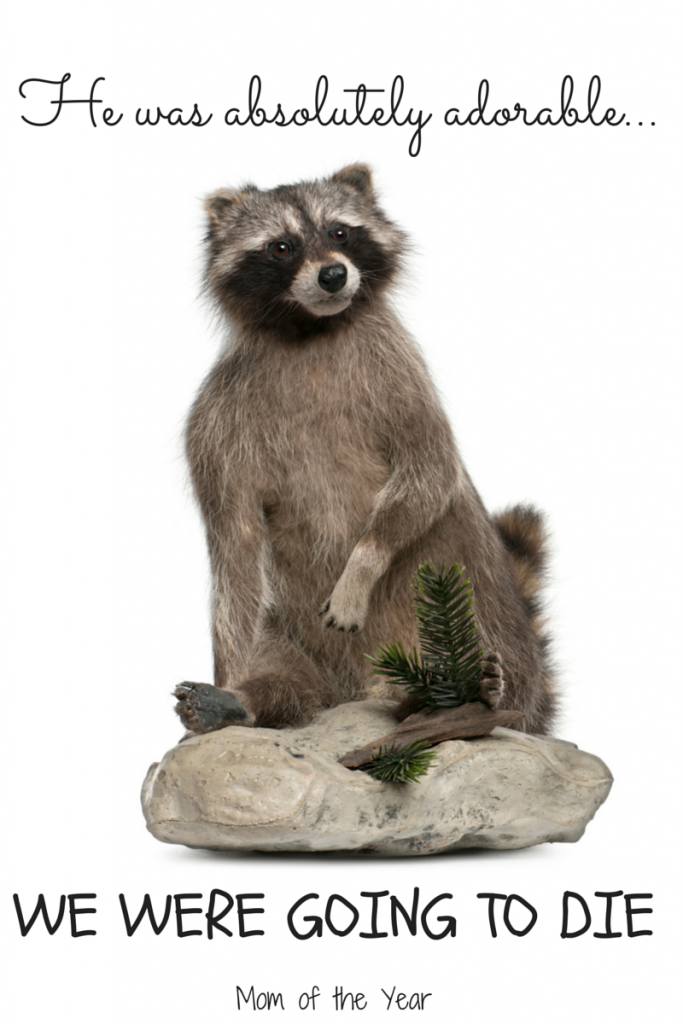 I decided an alarmed call to Austria to interrupt my husband’s business trip was just the thing. But I couldn’t reach him.

This was it.  This was THE MOMENT I REALIZED I WAS COMPLETELY ON MY OWN AND I HAD TO CATCH A RACCOON.

Right.  Now just where to start on that…

I remembered we had mouse traps…somewhere in the house.  They might be a bit small though.

Perhaps I could capture the creature under a trash can and nicely ask him to sit quietly until animal control arrived?

I thought of the metal bat we had in the garage. And then I considered actually using it for a millisecond before a ridiculous combo of shuddering and snorting commenced. I think perhaps this option was out.

Maybe the raccoon would be cute, cuddly and goofy like Meeko in Pocahontas? Please tell me someone else remembers this movie.

I picked up my phone, texted my husband’s bestie, and told him would have to come help, “I was able to fix the internet [I was very, very proud of this, so felt this was important to reference], but I don’t do raccoons.” 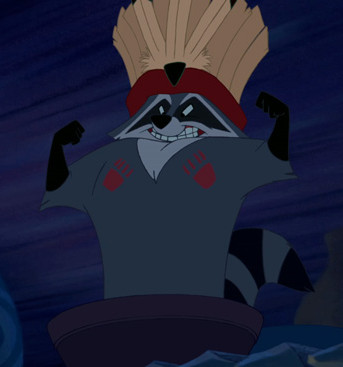 Source
Nothing but racoon fighting warriors around here

As it turns out, there may have been some slight overreacting with very little actual evidence that a ginormous monsterous racoon was raging through our home. The dog settled down, no further mysteriously moving of papers, and we continued to survive out the week.

But fear not, dear readers, vindication did come. Two days after my husband came home to be exact.  You see, I had reached him via phone during his trip and he had listened, but I don’t think he believed.

Yet, low and behold, after fiddling around in the basement upon his return, he reported to me, “An animal got in the house.”

“Right, but there was a hole in the dryer vent and shredded insultation is all over the place, so an animal got in.”

“You didn’t believe me when I told you.” I know his game.

“Go back to Austria.”

I have no idea why Dr. J would entertain the option that I had overblown a situation. Nor do I comprehend how he could doubt my prowess when battling wild creatures. The mere notion of his lack of faith makes me so savagely irate, it probably would be safer for all if he simply remained out-of-country.

Source
Trust me, dude, I was going to be way more shocked than you.