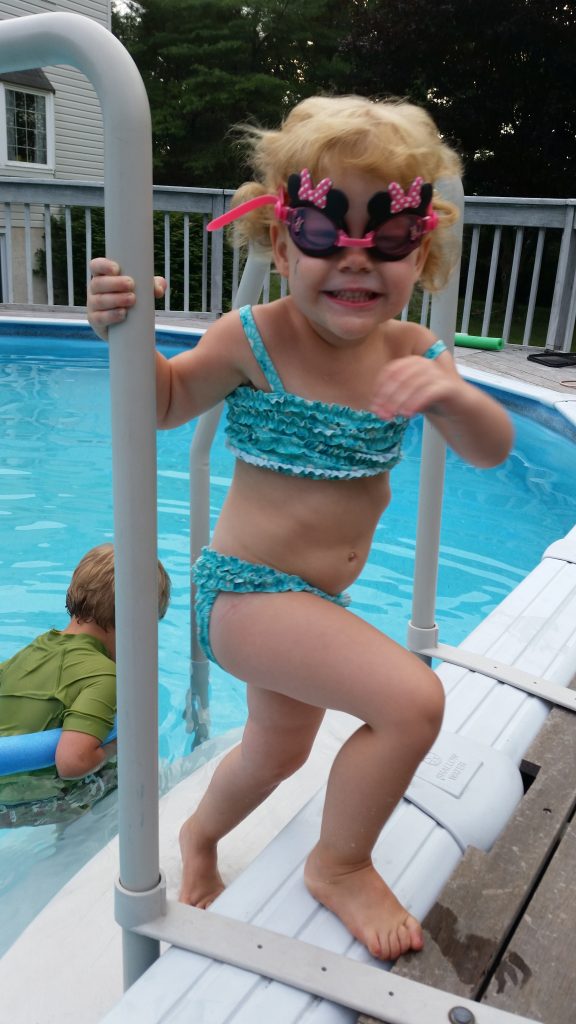 Go ahead, Summer, throw us your best, we are suited up and ready to take it!

I love summer.  I love swimming in the pool, walking barefoot, and the splash of freckles across my nose.  I love lazy evenings on our deck, the smell of fresh-cut grass and sleeping with the windows open.  I love the ease of trading in snowsuits for sandals and how ridiculously blue freeze pops turn my kids’ tongues.  I love watching them chase each other through the sprinkler in the sunshine and then chase fireflies in the moonlight.

I love summer so much I’ll even tolerate the not-fun things.  The infinite number of flies that always get inside our house no matter how many times I holler to shut the door, the inanely popular notion that I should expose my legs to the world at large by wearing shorts, and my endless non-sexy sweating.  For the chance to wear cute sandals, I’ll agree to repetitive toenail-painting.  And because I am a good sport, I’ll even put up with the fact that those popsicles make every single surface of my home sticky, including my children.

I won’t lie; I jumped for joy when the school year ended.  Mostly because I had spent nine months fruitlessly trying to figure out how be on time and I had to officially resign my title as The Late Mom. Darn.

I longed for staying-in mornings, relaxed visits with friends, birthday parties, a beach vacation, precious help from my Mother’s Helper, an amusement park visit and lingering hours of daylight.  It was all going to be glorious.

And you know what?  It IS glorious–all of it.  I love every minute of our summer so much.  So much that it is actually starting to hurt. It hurts in the form of countless missed naps, running from dawn to past-dusk, endless fun with friends, completely obliterated schedules and lots of cherished US-ALL-BEING-TOGETHER-ALL-THE-TIME.

I was chatting about this with a friend who is experiencing the same “exciting summer intensity”. I went home, ruminated on it, and then had my epiphany.  “It’s the PACE of summer!”, I later declared to her.  “It’s the pace.  It’s all good, it just never ends.”

Those rare few minutes we could snag in the middle of winter of settling down into our couch? I’m honestly not sure if my couch is still there.  It might have been moved.  I’ll check in September and get back to you on this.

I know I have oft-shared how I pass out from exhaustion early in the evening, but let me give a true glimpse of how our summer nights go down:

My husband (who bizarrely has extended hours in the summer) walks in the door late. 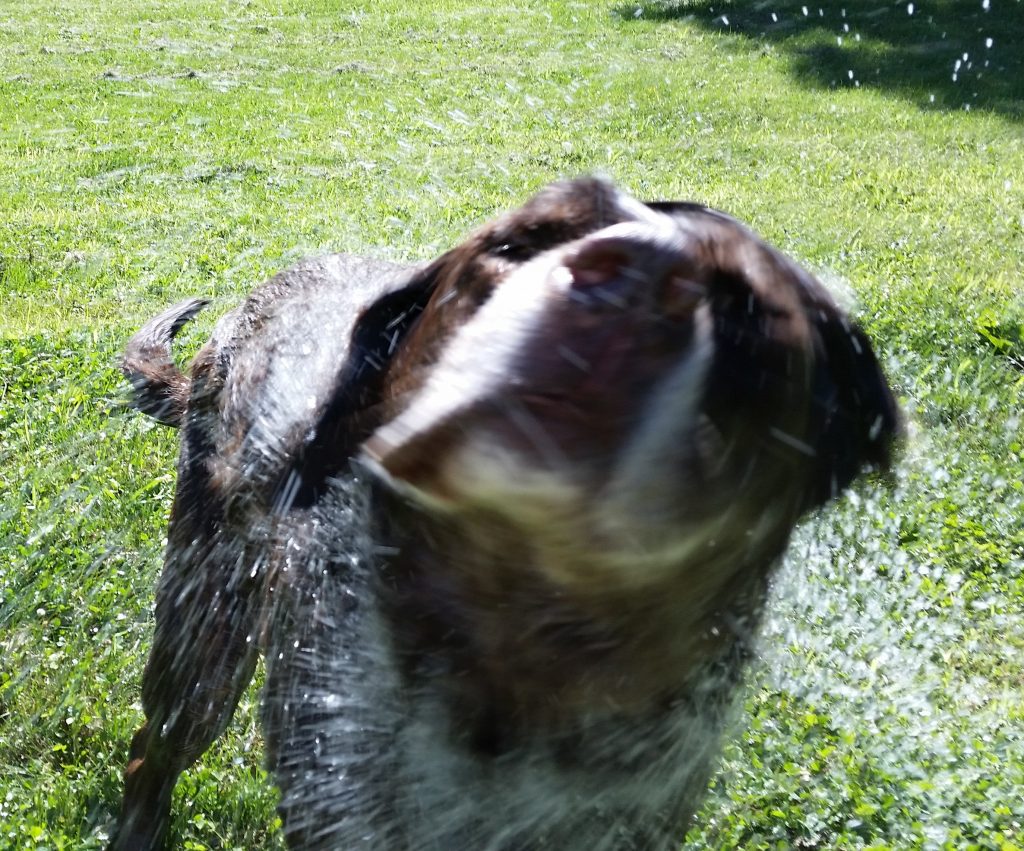 Shaking it off and coming back for more…

We may or may not eat dinner.  The kids and are in a fabulous state of mixed-dress combining elements of wet bathing suits, day wear and pajamas. If I attempted to put on make-up that day earlier, it is now streaming down my face and congealed in pretty globs as an effect of repetitively chlorine-bathing my face.  I am hot; again, he is lucky.

Somehow the kids land in their beds. I then romantically look at my husband and ask if he would like to watch an episode of Game of Thrones.  We cozy in, I pick up my knitting and then…

It is morning.  I have literally no clue how I landed in my bed or what happened after the yarn was broken out.  It’s sort of like wild college days with a more suburban, middle-age vibe and less booze.

Regardless, Summer has clearly won.  It has overtaken my life and weakened all my defenses of order and routine while exhausting me beyond capacity.  But like a classy victor, it leaves its adversary respecting its methods.  And in this case, it leaves me wanting more and more of all the sweet stuff it has to offer.