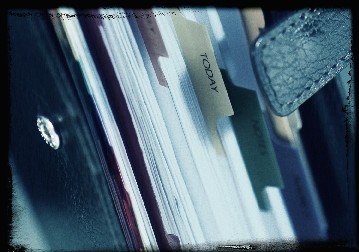 I like things in order.  I like things in order A LOT. I love my detailed-for-the-next-five-months calendar, and generally feel more secure when the goods for my kids’ summer birthdays are already ordered before Spring officially pops in.  It’s my personality.  It may be batty, but it’s who I am, and after 30+ yrs. of self-discovery, I’ve decided it’s cool with me…

Except for when it’s not so cool.  Except for when things are a Mess, and the capital M is intentional.  You see, somewhere between getting myself knocked up and enrolling my firstborn in Kindergarten, I’ve lost my crap.  All of my crap.

It’s gone and it’s laying between items in my mile-long to-do list.  For the record, I do re-write my to-do list every week.  Granted, it’s the same stuff week after week, so photocopying would probably be more effective, but I like to pretend that it may be a bit different.  That I may have crossed at least one item off the list…I have not.

About a year ago I wrote one of my favorite posts ever, The Drowning Stage. I would love to say that things are loads better.  In some ways, they are.  There is more hope, more general efficiency, and my newly adopted hobby of knitting scarves over and over and over.  While the repetitive straight stitching should get old, it serves to calm my soul in a mindless soft perfection. Bliss. But outside of these fluffy stitches and the few other efficiency tricks I’ve learned, I am still sinking. 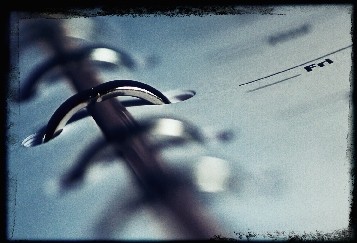 Source
I’m on it. Really…

I have become the kind of person who annoys me.  The person who doesn’t return e-mails or phone calls, and always says, “I will get to it soon”–and then doesn’t.  I tell people I will check my calendar, and I will.  Chances are I just won’t remember what I was supposed to be checking for by the time I get to it.

As it turns out, young kids need stuff.  A lot of stuff, but namely, they require my attention and energy. Though I pray hard every day to be able to give more of both, apparently I am still human and I have limits.

While it shakes the core of who I am to ignore tasks on my lists or worse, forget that I was even supposed to do them in the first place, it would appear that this is not the time in my life that I will be winning The Most Organized Person of the Year award.  My reality right now is not ideally outlined birthday parties or remembering every single Show n’ Share for preschool. My reality is a chest freezer full of unidentifiable food items that don’t get used because I don’t have time to sift through anything except the very top layer. Dinosaur-shaped chicken nuggets for everyone!

Listen, this chaos really bites for me. I more than kind-of hate it sometimes, but most assuredly, it is what it is.  For now, I may be tanking on being that Most Organized Chick, but I still think I have a pretty good shot at The Mom of the Year.  This Mess is what she’s all about, right?