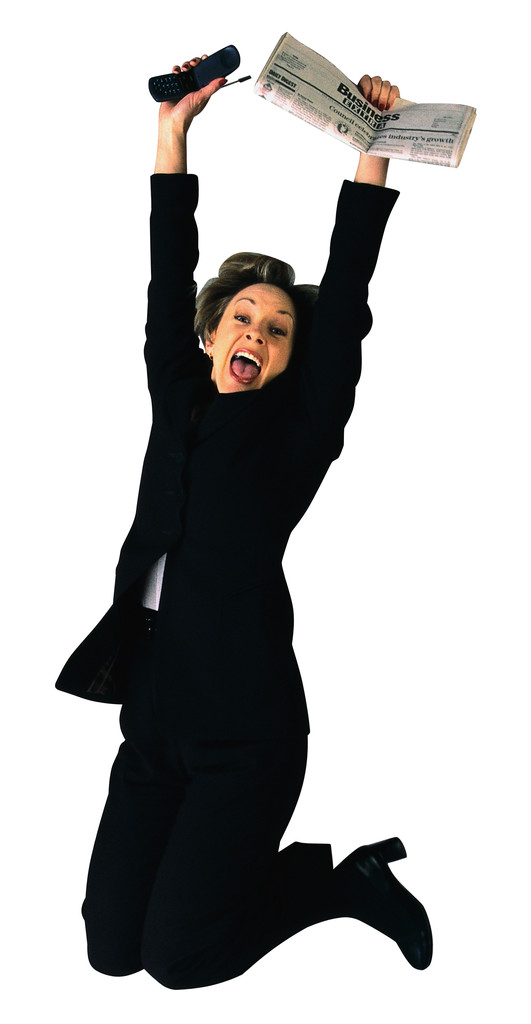 Source
Someday? Doubtful. I don’t think my legs bend like that and I don’t own any suits. Also, my phone is cooler.

I haven’t ever had big goals or aspirations in relation to this whole blogging business, but then a funny thing began to happen.  I started to make a little cash.  Stress on the “little” part.  And that was kind of cool.  Partially because it was easier to feed my online yardsaling obsession, but also?  I had been sinking major hours into my writing, and it was a score to snag a little compensation for something I worked so hard at.

And then this whole weird “I have a business” element developed.  Too bad I have zero knowledge of running a business.  Oh well.

One small catch?  I still have two young children to care for, and wasn’t making close to enough money to justify hiring a regular sitter.  Sure, I have dabbled with some (WONDERFUL) Mother’s Helpers, but on the whole with herding these kiddos?  I’m on my own.

I have watched those amazing women who somehow “just take their kids with them”.  They take them to doctor’s appointments (I tried this once), clothes shopping, to pick up a Frappucino at Starbucks, or even to fancy-ish restaurants.  And I just watch in awe.  My mouth drops open.  I fruitlessly try to scrape my jaw off the floor.  What am I doing wrong?  How is it that whenever I try to leave the house with my children I end up wanting to shoot myself, or at the very least, down a strong drink?  Epic fail as a mother?  Probably.  Who knows.  Who cares.  The point is, for the foreseeable future, and unlike these awesome women who are rocking it, it will remain an act of God for this Mom of the Year to venture out with her kids.

Generally, I can navigate around this inconvenience (read: ginormous pain in the butt) with evening dentist appointments and stretching out my hair cuts to every few months.  But as this blogging jazz grows, “business meetings” have come into play.  Within the past couple weeks, I have had 4.  One I scheduled on a Saturday morning, and while it was a blast to be out, it was a major upheaval to the peace and flow of my family’s weekend.  Maybe someday Mommy’s Morning Out won’t disrupt the works, but for now…

The other 3?  You guessed it.  The kids were joining in.

I already told you about the vigorous melon-tossing session my daughter had while trying to pitch Green Street Grill.  But then, a few days ago I got to enjoy a whole excellent day at the wonderful Stephanie Giese‘s house while we worked on planning an upcoming event. 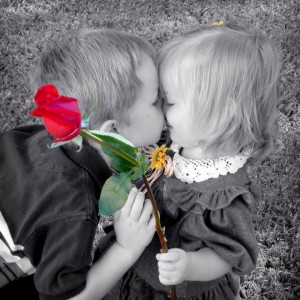 Source
My son is hot for Miss Giese

Largely because Steph had the savvy to hire a sitter for the day so we could actually get work done.  Partly because she is genuinely one of the most lovely people I know on this earth.  Partly because my son fell in love with her daughter and now wants to marry her (they are both 4).  Partly because I got to eat hot soup at Panera without someone spilling it on my lap.  But also? It felt really, really good to get in touch with that part of myself.  The part that enjoys planning, organizing, fussing over details, and trying to think of creative solutions to situations.  The part that I’m good at.  The part that I rarely, never, get to hang out with.

And somehow we made it work with the kids in tow.

Then a couple days ago I had another meeting.  This one I hit at the mall with a careful Chick Fil A bribe and promise of loads of playtime at the play area afterwards. In short, my children pummeled each other in the food court and my son poured apple juice in my salad.  I still bought them treat cookies when we were leaving an hour later because I am weak.  But it was another time of feeling super-great for visiting some of those forgotten pieces of myself.  And the lady I met with?  Was so sweet and graceful she didn’t even bat an eye.  And she still wants to do business with me.

So do I declare victory?

Again, I don’t know.  But I do know that if I am going to keep pressing forward, I’m probably going to have to leave the house.  And I’m most definitely going to have to take the kids with me when I do.  Sometimes when they’re hellions, I will want to cry.  But sometimes, it might be pretty freakin’ fantastic.