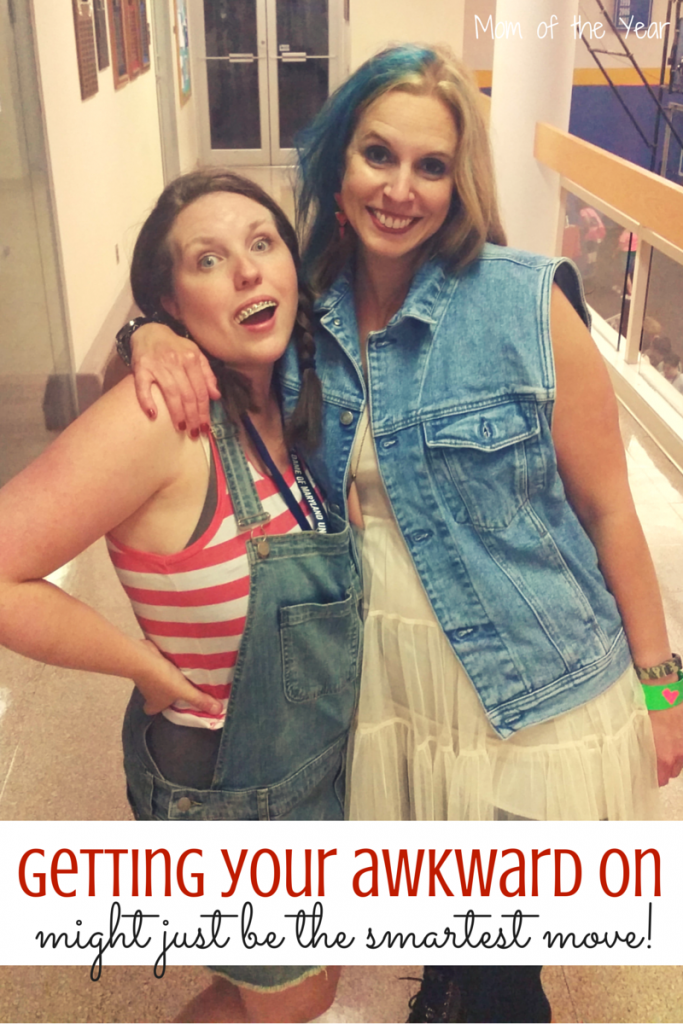 Last weekend I had one of those Experiences-of-a-Lifetime-You-Will-Never-Forget. That’s perfect because I don’t want to forget it. Ever.

After a year’s worth of endless behind the scenes planning and four days worth of running like a mad woman lifting boxes heavier than my Jillian Michael DVD-trained muscles should ever be allowed, WE DID IT. We pulled off an amazing Blog U 2015 Conference.

Really, there is no other way to put it. It might be important to note that my hair is now dyed blue, but more on that later.

For now, let’s just focus on the fact that BlogU was incredible. Full of hard-hitting blog how-to that you need to know and tons of co-blogger bonding, it was, in short, EPIC.

I could go on and on about the pride that soared through my soul reflecting in the heart-bursting moments when the Term Paper of the Year awards were read (really, this ended me) or when the faculty showed off their savvy brilliance schooling us during sessions. It was beautiful, the kind of beautiful that words don’t accommodate.

But let me focus on the highlight of the weekend–the #MiddleSchoolAwkward Night sponsored by Nickelodeon. It was aces. A gorgeous mix of poignant ungainly pre-teen memories coupled with the extreme coolness of ginormous scrunchies. The chance to throw-back to these years was a gift. A really, really fun gift. 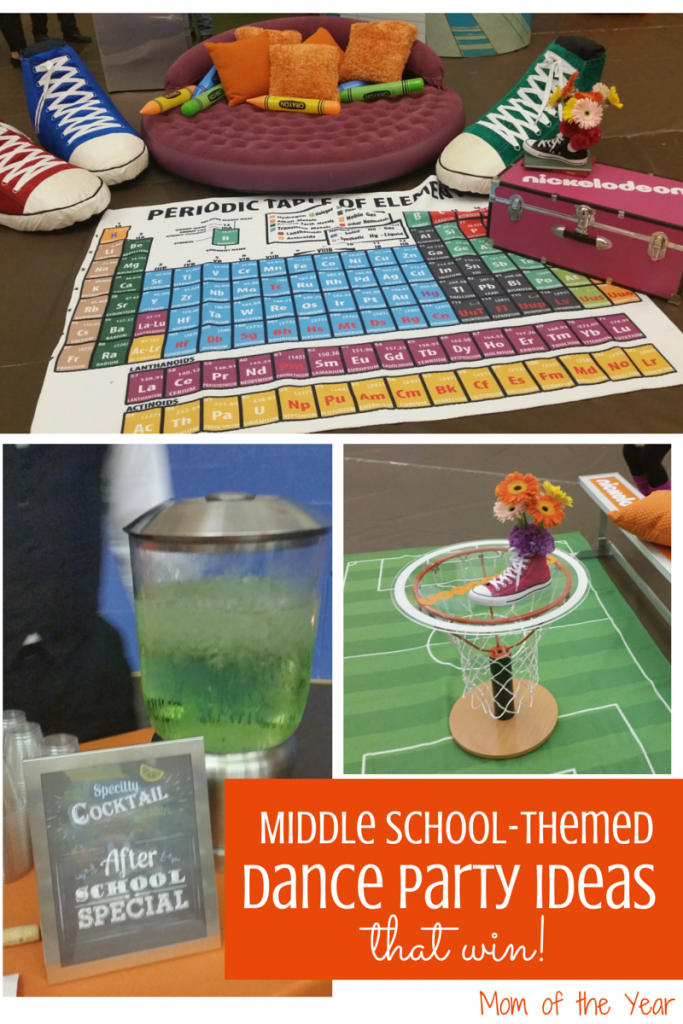 The thing is, back when we were in Middle School, we were awesome. We were fearlessly committed to our hideous neon accents and off-center ponytails/t-shirts. It was a Lifestyle of Awkward and we were its spokeswomen. It was fabulous in its tragedy.

We were a mess and we didn’t know it. God knows if our mothers actually knew it or they were just too traumatized by our appearance to give us a polite head’s up. Either way, we were rocking it. We were rocking it in the way that we so passionately believed in our NKOTB paraphanelia, we wouldn’t have believed any naysaying anyway. 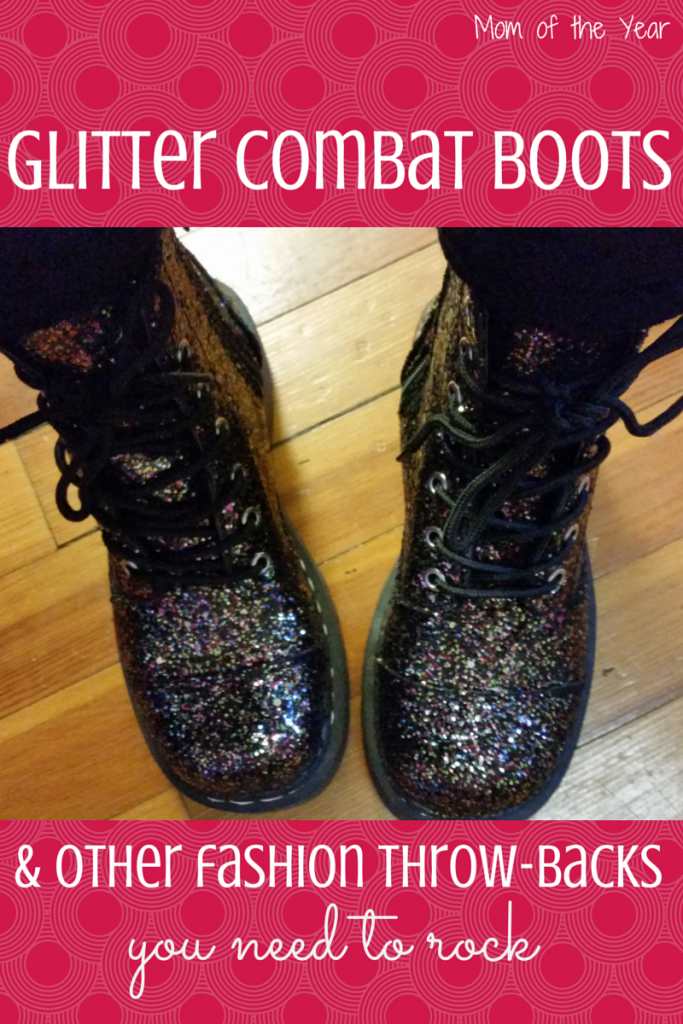 You see, we were cool back then.

There was an intrinsic beauty in the awkward. There was a full sold-out dedication to ugly neon hues and our staunch refusal to recognize their hideousness. We were a culture, an age, a generation committed to our flashy colors and acid-washed denim.

I don’t believe teens and preteens today experience the same level of anti-fantasticness we did in our early years. Today’s generation nails it–they actually look human when they leave the house. Sisterhood of the Sensible Moms explains this perfectly. We did not look enjoy this level of refinement. Back in the 80s and 90s, it was dicey. For two decades, middle schoolers existed solely on a continuum of awkward appearance.

Every generation has their tangible components, their jelly shoes and glitter-filled snap bracelets that are unique to their place in history. Ours were just far more ugly than those of today. In today’s world, the girls actually look pretty. In my day, we said, “screw pretty as long as our trainer bra straps hang out abundantly from our off-the shoulder tees”. Let’s be honest; no one ever looked good in neon. Ever.

But do you know what I saw when I looked around at the Nickelodeon #MiddleSchoolAwkward dance at Blog U on Saturday night? I saw a sea of happiness, a sea of people who didn’t care.  As the beats of Mickey throbbed through the crowd, I saw a celebration of all that our younger years held, however ghastly they were. And this, this willingness to give it up and go with it regardless, is what side ponytails and t-shirt clips left behind.

And for one night, Nickelodeon allowed me and my fab middle-age homies to travel back to our age of neon innocence and live it up–live it up despite the modern siren call to abandon awkward. Live it up with all our clashing colors and too-large tops and too-tight bottoms. Live it up in the fabulousness of our Middle School selves–side ponies and t-shirt clips most definitely included. 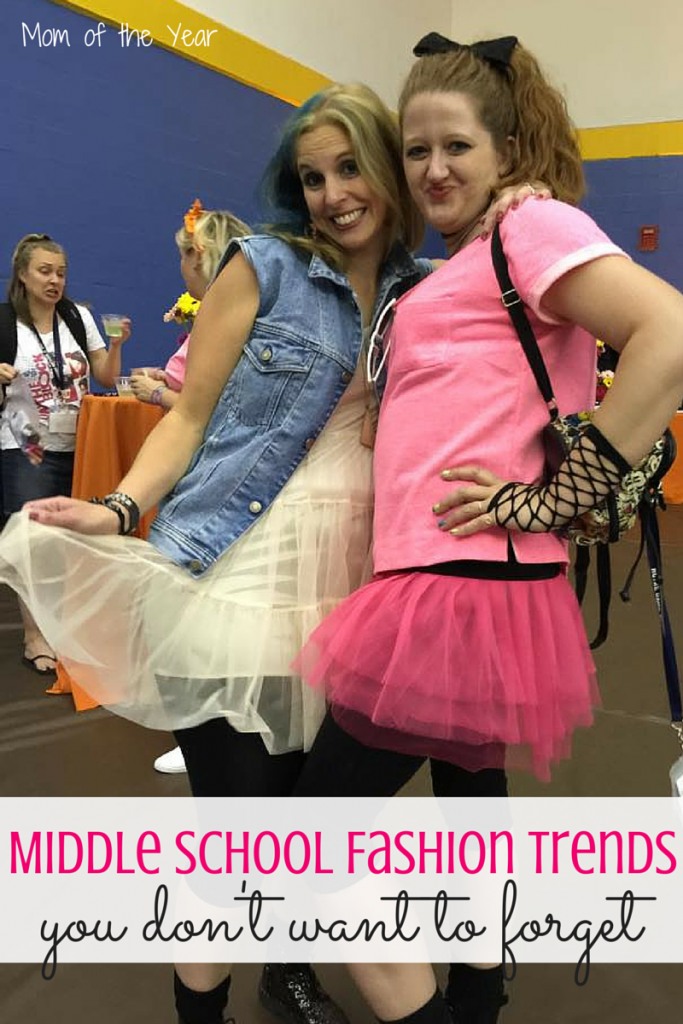 For one night, we were our stunning awkward selves, and this is why Blog U has captured my heart. It’s a chance to embrace yourself for whatever and whoever you are–poofy tulle skirts included. See you in 2016, friends?

****I wrote this post as part of Nickelodeon’s® sponsorship of The Blog University. The series “100 Things to Do Before High School” premiered on June 6 @ 8pm on Nickelodeon.”****