By now, you’ve probably figured out that I am taken with other bloggers who are real.  Give me a gal who preaches the truth any day of the week, and I’m a goner.  Jeannette of Mommy Needs a Martini is one of these super-real writers I’m crushing on and I’m thrilled to have her join up as a Mom of the Year.  Not only does she keep it real, she has proven strength of character, which is something I intensely admire.  Her story is hers to tell, but trust me on this one–you will want to trek over to her blog and check this gal out.  In the meantime, know that I am fist-bumping you hard, Jeannette and cheering on all that you are doing.  Read her awesome story below. Also, give her endless props for rocking a crown and reportedly getting her toddler to help select the perfect pose.  Jeannette, you rock!

I’ve been blogging since September 2012, so I still consider myself a toddler in the world of Blogging.  Well, that’s not true.  Those with toddlers would translate that to mean nagging, needy and up other bloggers behinds.  Ok, so maybe that’s kinda true…

Anyway, my point is, there are a handful of Mommy Blogs out there that I’ve stalked, er, followed since I started this crazy ride and Meredith is one of them!  So, when she asked if I wanted to throw something out there and declare myself Mom of the Year, I squealed loudly at my computer and danced a little jig.  Of course, my actual reply and acceptance was much less squealy.  But here am I, thanks to Meredith, and I proudly declare that I am, in fact: 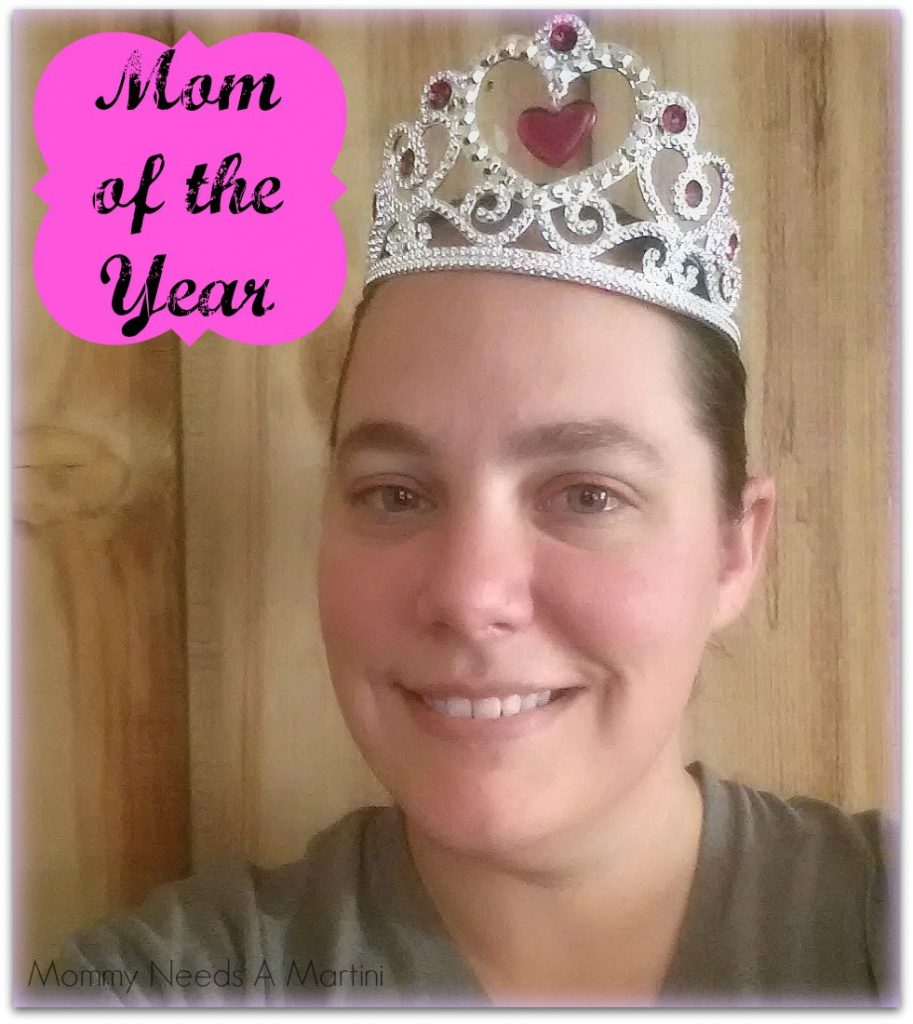 For the longest time, I had no intention of settling down, marrying, birthing babies or having a dog. I  was pretty okay with having the freedom to do whatever, or go wherever, I wanted.  But slowly, everyone around me started doing all those things, including my younger brother.  And then, as if cosmically designed, I met my husband around the same time everyone else was growing up.  So I grew up, too.

Once married, I wanted nothing more than to be a mom.  Being an aunt was great but it just wasn’t…enough.  My husband is the baby of seven kids and was the last of them to start a family.  At almost thirty-two years old and seven years my senior when we got married, time, it was a ticking!

It took us nearly four years and multiple miscarriages before we finally had a baby of our own.  In 2010, I became a Mom to a beautiful, feisty, teeny, colicky, reflux stricken little girl.  Her birth and her first year with us were nothing short of traumatic for a multitude of reasons, both mentally (me) and medically (her).  As I said, she had colic and reflux so she was feeding every hour and a half, she was on the special high-priced formula, she was Exorcist puking all over my house and I was SPENT.  So much so that we agreed she would be an only child.  Well, agree isn’t the right word.  I should say we came to terms with the fact that she would be an only child, according to my doctor.

When we bought our first home, she was eighteen months old and still extremely hard to handle.  She was so dang smart and active and animated.  But she was still not sleeping through the night, she still took a bottle and a pacifier and I was still very satisfied with having an only child. That is, until ten months after we closed on the house.

Of course, when we moved, we sold or gave away everything we had that related to babies.  And there we were, starting from scratch, with a new baby that doctors said we couldn’t have.  Because that’s karma.  But it’s also a miracle.

I was terrified of going through another year of colic and reflux and not sleeping and COLIC.  But I was pleasantly surprised by the exact opposite in my second child.  In 2012, I became a Mom (again) to a pretty, calm, laid back, easy going, sleeping through the night at five weeks old, perfect little girl.  While on maternity leave, I found my routine, I got into a groove and I was good to roll. Except, time kept moving right past all that stuff and suddenly I was back to work and my routine was shot.

It didn’t take long for me to figure out a new routine that included getting me and both girls ready in the morning, leaving by 7am without forgetting anything and making it to daycare and work on time with little collateral damage.  Then I had to figure out how to do it in reverse at 5pm but add in making dinner and bathtime.  And then, ahhhh: BEDTIME. Or as I like to call it, “Mom’s mad dash to clean, launder, unpack and re-pack, have a cocktail and be in bed by 11pm without kids waking up” time.

It isn’t easy being away from my kids so much but it sure does make me notice things that I might miss if I was with them all day.  Like the little dimple under my daughters eye when she smiles.  Or the three little fat rolls on the baby’s thighs that make weird shapes when she crawls.  Or even the fact that most of the tantrums that take place in a day are handled by someone else.  Ok, I don’t miss that part. I appreciate that part.

I take a lot for granted as a mom and as a wife. I know this. But when my three year old takes my face in her hands and gives me a big, wet fishy kiss my worries and stressors and to-do list vanish, if even for those two seconds. And when my one year old wraps her tiny hands around my neck and lets out the faintest sigh of happiness, I know I must be doing something right.

And THAT makes me Mom of the Year. 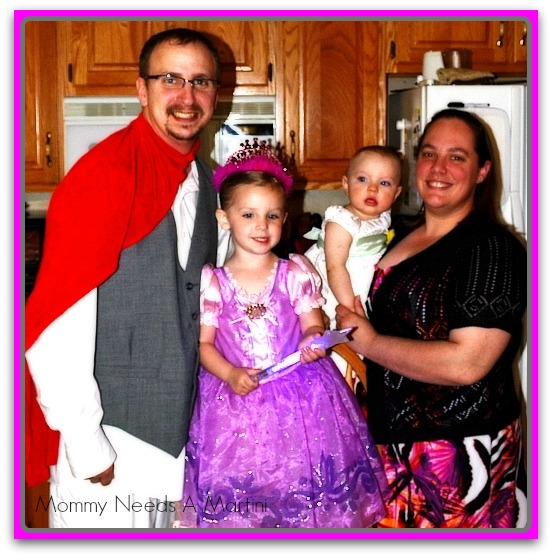