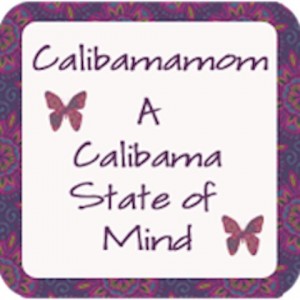 I feel lame introducing Nancy from Calibamamom because she is one of those groovy people would could just hit the stage all on her own and have you all laughing within seconds.   She is hip, witty, GORGEOUS, and knows how to laugh.  She is the perfect person to kick off this weekend with, and I can’t wait for you to read about why she is a Mom of the Year and score some Friday laughs.  Oh, and did I mention she is in a book?!   Yeah, she’s just that great.  Nancy, thanks for sharing your very fun funny here today!

Unlike the other Moms of the Year, I wasn’t invited….I ASKED to be included. Fortunately, Meredith, the Original Mom of the Year, and genius behind this collection of kick-ass moms, decided I was cool enough to be included. Or else she thought, ‘Wow, this gal is from the South? Seems like her manners have been replaced with giant, Hollywood-sized balls’ and that intimidated her enough to let me in the club. Whatever. I’ve got the prize. 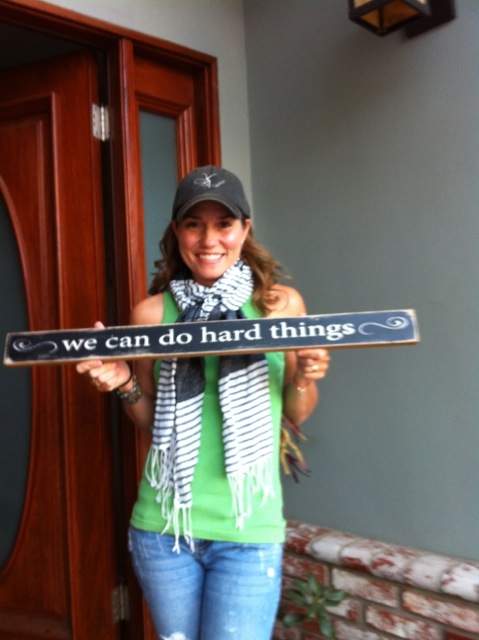 Now I need to tell y’all why I think I deserve it. I’m the youngest of 7 children, so you get 7 reasons:
1. I discovered I was preggo after an 8 day vacay to the Sundance Festival, followed by Super Bowl weekend in Vegas in 1999, with my then boyfriend-now husband, The Man. Ironically, I was on BCP’s, and my cycle had always been like clockwork. However, upon our return from a glorious 10 day stint filled with lots of partying like celebrities and rockstars (and some tumbling down snow laden hills with a board strapped to my feet) I realized I was LATE. Took a test: Positive. Went to the doctor: 5 Weeks Positive. So, clearly I was Mom of THAT Year. Mostly because I had been pregnant the entire time we were there, but didn’t know it….and Sugar Bean survived it all, making her healthy entrance into the world 8 months later. Cart before the horse? Check. But hey, when in Hollywood….
2. Now, I must preface this one by saying The Man is an eighth Mexican, and I’m part Cherokee Indian, so we are not pale people. Therefore, Sugar Bean has beautiful olive-toned skin as a result–a natural, year-round tan. So imagine my surprise when I took her in to the pediatrician for a check-up around 10 months old, and the doc asked about her eating habits. “Does she eat green veggies?” “Yes,” I replied, “but she prefers orange and yellow ones”. “I can see that,” she remarked. “What do you mean?” I said, puzzled. “Nancy…look at your child. She’s ORANGE. She has beta-carotenemia. Make her eat more greens before you have to change your last name to Oompa Loompa.” Clearly this is Mom of the Year moment #2.
3. In June 2007, just days after moving into a gated community, I found my 3 year old Butter Bean playing in the backyard. Buck nekid. Despite my suspicion our neighbors might think The Clampetts had moved in, I just let her be. For all they knew, we were nudists. What’s worse is, she was apparently in a phase.…and preferred being naked, to wearing clothes. I decided not to fight it, and she played naked in the yard all summer. Can’t really say I blamed her…we lived in the Valley, which if you know anything about Los Angeles….is hotter than two bunnies going at in a wool sock. So, allowing nakedness makes me Mom of the Year. I did remember to apply sunscreen each day, in case you were thinking I deserved WORST Mom of the Year.
4. When Sweet Pea was 3, she accompanied me to do some “day of” birthday shopping for my then, 9 year-old Sugar Bean. While standing in line at Justice (hold your vomit, please) she announced she needed to potty. There were 2 women in line ahead of me, 3 in line behind me, and I had an armload of stuff I couldn’t just abandon to search through the mall for a bathroom, as I was short on time anyway and wouldn’t be able to come back to get. So I explained to the cashier that she was currently potty-training, and couldn’t hold it, and asked if they had a bathroom she could use. No. Employees only. Upon hearing that, Sweet Pea just peed in the floor, and we continued to wait in line to pay. I had a few choice words for the Tart in Charge as she rung me up.  And the ladies behind me applauded my Mom of the Year skills as I walked out.
5. As if we moms need anything else to make a big deal out of for our children, I came up with a whole new holiday deliverer of treats….The Valentine Fairy. She brings gift bags of goodies and small presents for The Beans to wake up to on Valentine’s morning. Sometimes she even leaves a trail of glitter from their bags to the window, depending on whether I want to clean it up or not. Of course, in their eyes, it makes me Mom of the Year, while in the eyes of the moms of their friends who inevitably know she visits our house…..I’m more like Overachieving Wench of the Year. But that’s okay, because it’s the only area I don’t slack in. Besides, it sets the bar very high for their future loves, because they will have always been celebrated on the one day of the year designed to be dedicated to love. Gag, right?
6. Mom of the Year reason number 6 can be directly attributed to the fact that on every birthday in our household, we eat cake for breakfast. School day, weekend day, holiday….doesn’t matter. If it’s your birthday, you get dragged out of bed at 6am and have cake for breakfast. Or pie. Your choice. And you must endure having your early morning party documented with photos showing you looking EXACTLY like you do when you wake up. No primping allowed. Feel free to steal this awesome tradition and practice it in your own family. I stole the idea from my friend Sarah.
7. I allow Candy Saturdays in our house. What’s that, you ask? No sugar AT ALL during the week, but The Beans can have as much as they want on Saturday. The word “NO”, as it relates to candy, is not uttered on Saturday in our family. It’s my way of making sure they gorge themselves almost to the point of sickness that day, so I don’t have to deal with the begging eyes, requests or tantrums in line at Target while they are standing by the candy displays. So far, it’s worked like a charm. They even FORGET about it from time to time, so they go several weeks without sugar. Oh, and our dentist….she thinks I’m a freaking hero! Or….Mom of the Year!
If you enjoyed this post, and want more, be sure to hop on over and visit The Calibamamom here!
The following two tabs change content below.