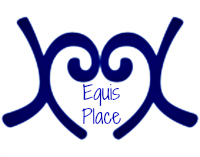 Xiomara has created a beautiful space in the blogosphere, Equis Place.  Self-described as a “blogger, memoirist, and poet”, she is a skilled writer and has blessed me many times with the gorgeous rawness and realness of her words as she shares her motherhood experience.  I would try to describe the character behind her posts, but know that I won’t be able to do this proper justice.  Instead, let me borrow this quote from her About page, “Through my writing, I lay bare my experiences in hopes of connecting personally and professionally with my readers and fellow writers. I write to promote a sense of healing, empowerment and understanding in myself as well as my virtual and physical communities.”

Her purpose rings so clear, pure, and true.  Read the vulnerability of her honesty below and then join me in thanking Xiomara for taking this chance to “lay bare” her story here, declaring why she is truly a Mom of the Year in my book. 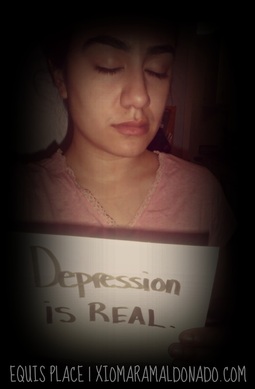 “Heuh, Mommy,” my two year old smiled as he ran towards me, the wisps of his curly hair bouncing.He held the air pump he’d broken minutes earlier in his hands. I narrowed my eyes as he looked up to me with hope in his.I grabbed the pump and flung my arm out, screaming, “Leave me alone!” The pump flew through the air, landing in a pile of dirty clothes. When I looked back down again, my son was crying. Quickly, I scooped him up into my arms and sat with him on the bed. “I’m sorry, baby,” I sobbed. “I’m sorry. Thank you.”

It was a stupid reason to be angry. I’d been filling my Pilates ball with air so that I could exercise when Equis decided to “help” me and broke it. I mean, the thing was flimsy anyway, but with my attempt at preparing to exercise foiled, I felt as if all my hopes for being a better person broke with it. In that moment, I was a “Mom of the Year” for a frightening reason–I’d let the irritability that arises from my depression overtake me.

Shortly after the incident, Equis was back to his normal self, piling blocks on top of one another and toppling them, but I still felt broken with grief. All the times my boyfriend had seemingly joked, “Where do you think Equis gets the idea of throwing things from?” finally registered with me. I had taken my anger out on inanimate objects, like my cell phones, a glass light covering and a spaghetti jar, way too many times. These outrageous occurrences were becoming all too common, and the consequences of my son seeing my rage in action terrified me. What kind of dangerous behavior was my son learning from me as his role model?

“This child is the light of my life. Don’t I want the best for him?” I thought to myself.Looking back on the past few years, I remembered how Equis’ conception gave me hope when I was in the pits of despair and inspired me to care for myself. Even though I’d attended weekly therapy sessions since the first few months of my pregnancy, that motivation to better myself had somehow disappeared in the last couple of years. I realized I needed to do something more about my anger and depression. Something, anything, so that I wouldn’t pass my poor skills at coping with frustration down to my beloved little one. 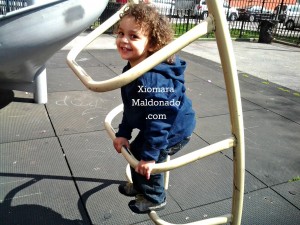 So I went in to see my therapist the next day, and I was sent to a Psychiatric Emergency Room. I started taking antidepressants three days later. For me, filling the prescription for medication was the right choice, although it isn’t the best choice for everyone. Since then, I’ve felt calmer, and I’ve been better able to contain my rage. I no longer throw things. Instead, when Equis spills milk all over my bed or touches his poop after I’ve told him not to, I breathe deep and count to ten. I remember that my son is learning from me, and I need to do all I can to teach him appropriate behavior.

I’m still a work in progress, but at least now I can say I’m a “Mom of the Year” for acknowledging my faults and working to address them. Thank you to Meredith for allowing me to tell this story. 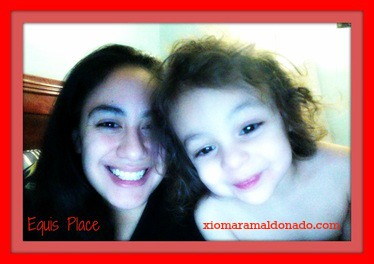