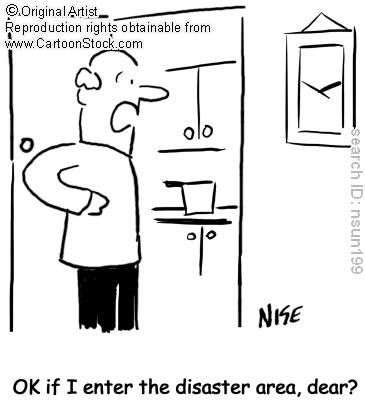 Recently I had Not My Best Day Ever.  I was crabby, cranky, grouchy, irritable, (throw in your own favorite adjective in to describe Mommy At Her Worst)…the thing was, it was all my fault.  WHAT THE HECK WAS I THINKING?!?  I totally set myself up for failure, brilliantly deciding it would be a good idea to weed out my pantry, re-organize the closet, and clean my fridge (the nasty kind of cleaning fridge, in which you actually pull out the shelves and scrub stuff down) all in one day.  Obviously, this was the same day that I was cooking a major Easter dinner for my family.  (It is okay to roll your eyes here–seriously, how stupid could I be?)  To add to the mess, I decided to make my mother’s recipe for Strawberry Pretzel Salad (she died a month ago) and my grandmother’s recipe for baked corn (she died almost 7 mo. ago).  Let’s just say, a glass of wine and a disaster zone of a kitchen later, my husband walked in from playing outside working in the garden, to find me with tears streaming down my face and declaring my entire life to be a failure.  It was a precious scene.  Possibly also PMSing (how is it that this is getting worse as I get older?).  At least when this Mom of the Year decides to dramatically throw a fit, she goes all out.  Truly a banner day.  Oh, and the house was really neat and organized 😉

A final capstone to this amazing day: I logically decided to start trying to make a flipflop wreath at 8:30pm.  In case it has not been clear through previous posts, I. AM. NOT. CRAFTY.  My motivation for this was solely money-saving.  I wanted to try to put something pretty on our front door, but was horrified to discover that the ballpark of what I was looking for started at $65 on Etsy!  Not happening.  Enter Pinterest pin, promo codes from Kohls for girls’ flipflops (often cheaper and more colorful than women’s), a little can-do spirit and…Told my husband to start leaving early for work b/c neighbors will probably be piling up in front of our front door to stare at this amazing creation!!