How did I get so lucky to have this amazing mom guest post for me not only once, but twice?!  Mmmhhh… sensing a regular feature coming our way??  Do what you can folks–let her know how fantastic she is 🙂
She posted this photo and caption on facebook when she was last watching my children…yes, they basically live there.  It’s safer for all of us, I think…
I’m terrified that my son’s first words to me will be something along the lines of, “Mom, have you had your coffee this morning?”…No, seriously.  It all began, several years ago, when I found myself rocking a fulltime nanny job.  I had the privilege of watching two kids; one was in school all day and the other was a young boy who hung out with me all day, fighting crime, rescuing helpless victims from burning buildings, and getting as much “free play” time in at the local MyGym as possible.  Basically we did a lot together and had tons of time to learn each other’s mannerisms, likes, dislikes, etc.  It wasn’t until the closing of my first year with this little guy that I realized he knew me better then I could have possibly imagined.  In a scary way, mind you, and it was at this time I discovered I had a severe problem.  I was an addict.  Now, before you panic and think that my own children are in an unsafe environment, let me explain… 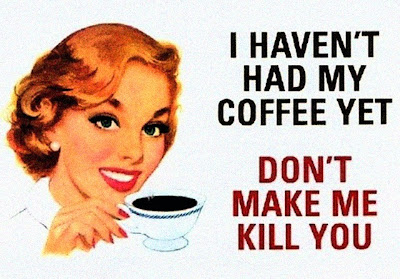 I like coffee. Okay, maybe I secretly love coffee. Alright, alright, I have an intense, personal, admiration for the life-juice that keeps me sane, conscious, motivated, and strong throughout the entire day (whether that’s three cups or…seven). Insert coffee quip from Gilmore Girls here–“If it were possible I’d take my coffee through an ever-present IV drip, while downing a cup in my other hand and preparing another pot of coffee.” You get the picture. Well, so did this kid. On mornings when I would come in an look just the slightest bit of tired or even just let him watch an extra fifteen minutes of the Disney Channel, he would turn to me and ask, “Miss Sara, do you need more coffee…?”  The kid was a genius.  Oh, it got to the point where whenever we’d get into the car to head out for the day he’d ask me if we were stopping at Starbucks or if we drove past a Starbucks without pulling in he’d ask me why we weren’t stopping for more coffee.  Insert ironically sad noise here. 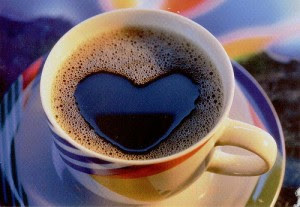 So, I hadn’t thought much about my relationship to coffee with my own children (and yes, in case you’re wondering, I am conscious of the fact that I’m pregnant and am not attempting to ruin my child) until the other morning.  My son was having a slightly moody moment and I found myself desperately desiring a second cup of liquid heaven.  Thinking that I also needed to get him some milk, I turned and said to him, “Okay dude, sounds like it’s time for your coffee.”  This could have turned out uglier, but thankfully I realized quickly that I was holding a bottle in one hand and was about to pour coffee into it.  There was my innocent, adorable son, sitting on the kitchen floor looking up at me with his big blue eyes and it was in that moment that I could hear my son wordlessly asking me, “Mom, do you need more coffee this morning?”…Detox, intervention, anyone?
The following two tabs change content below.