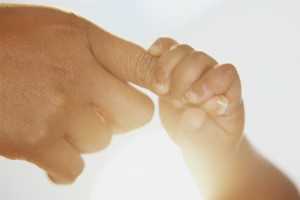 Source
For those moments when it really is That Cool

Before kids, I used to volunteer in the church nursery.  I would watch the kids faces light up upon seeing their parents’ faces when they came to pick them up. I would think, “WOW. That is the coolest thing.”  And then it happened–I became the parent picking up kids.

And one day, recently, when I went to get my daughter from her class, upon seeing me, she screamed, “MY MOMMY!” and tore across the room in a desperate bolt to launch herself in my arms.  Rockstar me.  It felt amazing.  It was one of those moments in parenthood that “makes it all worth it.”  If you’re a parent, you know exactly what I mean.

I have made no secret of the fact that mothering these two young children snows me.  I grasp at straws, can’t keep up, and pass out from exhaustion every single night.  I will never find tantrums adorable and strongly doubt that cleaning up miniscule playdough remains on the floor will ever make me squee with glee.

However.  However…there are those moments.  Those times when you think, “Dang.  This is pretty neat.” And in those moments you smile and eek out an eentsie bit more of courage to face the next mealtime with toddlers–messy ketchup smears included.

This happens after my son has been whining incessantly about some 4 yr. old crisis for an hour, and he then starts to beg, “Mommy.  Mommy!  MOOOMMY!!” I sigh, “Yes, dear?” He looks up at me and smiles, “I love you.”  Melt my heart. 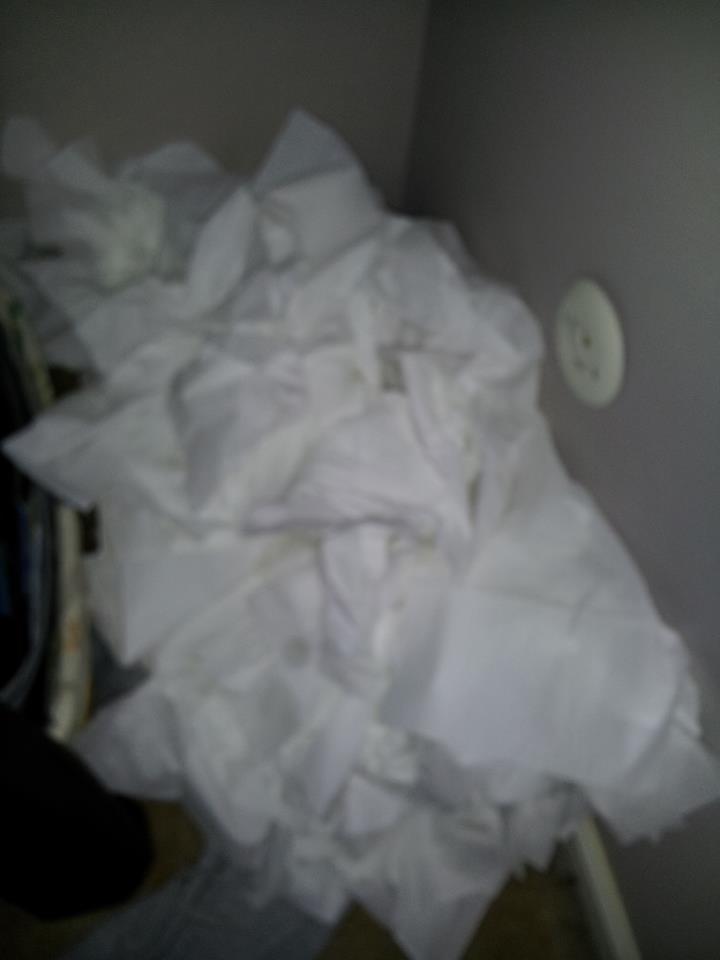 Horribly blurry pic of The Kleenex Pile, but knowing that the treasure lies underneath all the mess

It happened after my 2 yr. old daughter completely emptied a new box of kleenex on my bedroom floor over the summer.  Not wanting to waste the kleenex, I piled them up in the corner, and used them, one by one, until they were gone last week…and then realized mom’s sweater I had thrown on the floor in the spring had been buried underneath the kleenex the whole time.  In this way, just in time for the cooler weather, my daughter gave me back the gift of my mom.  Shoot, give the sweet babe 16 boxes of kleenex to decimate after this.

It happens after my son takes a bad fall, starts to cry, refuses his cool froggie ice pack and won’t let anyone else touch him because he only wants, “My Mommy!”. If I trump the froggie ice pack, it must be serious.

It happened after my daughter shoved a yogurt raisin up her nose last week, I made my 10 yr. old Mother’s Helper hold down her arms while she screamed and I dug it out with a bamboo stick.  Sure, I was shaking afterwards, but I felt downright heroic, like, “I can do this motherhood gig!”.  Please do not inform Child Protective Services or our pediatrician of this incident. I am almost positive I broke all the rules.  Also, consider this fair warning: should you allow your children to come into my employment, it is very likely they will be able to write “assisted with surgical procedures” on their resumes before busting out of the 4th grade.

In any case, I am not acing motherhood.  But I have those moments when I am my kids’ “My Mommy!” or do something pretty boss, and in those brief slices of time, I am not doing so bad.

And maybe this whole thing is even kind of cool.